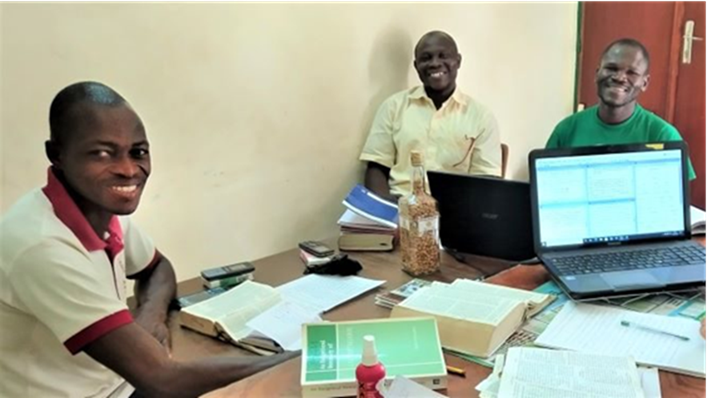 Paul and Marina Briggs returned to Northern Ireland on Saturday after a two-week trip to West Africa. They remained healthy during their time there and they had a profitable and encouraging visit which included a wonderful time with several Loron church leaders and Bible teachers.

They were unable to visit their village in the north of the country on this trip, so five of the church leaders travelled 450 miles south to meet up with them. They had a special time with them praying together, studying God’s Word, discussing the work among the Loron people, and planning ways for future engagement with them.

At the end of their time, the men returned north with hundreds of Scripture portions and dozens of Bible commentaries in the Loron language for the Bible teachers and believers.

Please be praying for the Loron Christians as they reach out to their own people and other people groups in the region with the Gospel, and as they teach and encourage the Loron believers in numerous little churches scattered over hundreds of square miles.

Please pray for their safety and protection from those who would violently oppose the Gospel in their area.