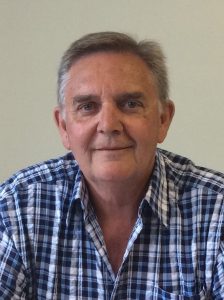 OUR GOAL: THE UNFINISHED TASK

The well-known hymn, ‘Facing a Task Unfinished’, was written by Frank Houghton, a missionary to China. It was written at a time when the China Inland Mission was urgently appealing for 200 new missionaries within a two-year period. It seemed an impossibility. There had been a civil war in China. Missionaries had been martyred and others evacuated. Would there even be sufficient finances for more missionaries, when there were great financial stresses being experienced in the UK and globally?

Published in January 1931, Frank wrote the hymn as a “hymn for the forward movement.” By December 1931, in answer to prayer, the 200 had left for China. The hymn begins with the lines:

“Facing a task unfinished
that drives us to our knees.
A need that undiminished
Rebukes our slothful ease.”

Today there are still millions of people living with no access to the saving message of the Saviour. Jesus’ last words from the cross on which He died to pay for our sins were, “It is finished.” His mission was accomplished. He had provided salvation for all the world’s peoples. His words following His resurrection were, “Go into all the world and preach the gospel to every creature.” (Mark 16:15). That command, unqualified and unconditional, by our Saviour is still unfinished. Can we truly sing:

“Ours is the same commission,
The same glad message ours.
Fired by the same ambition,
To thee we yield our powers.”*