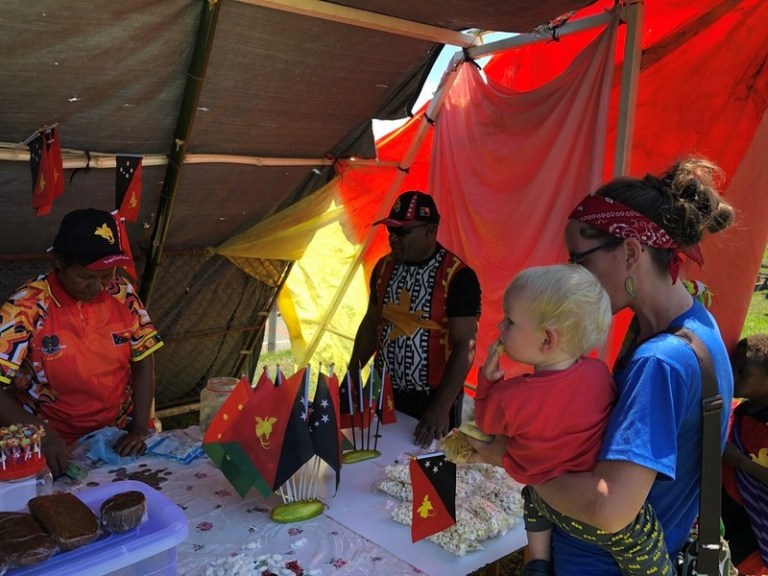 Steve Stanley has been away for three whole weeks working on house building in the Kovol tribe.
Since their marriage, Gerdine  has never been apart from him for so long. She has managed to get into a routine for herself and Oscar and it works but it is hard work for her to be the one always responsible. She is glad that Steve has now returned for a while.

She has tried to find a balance between going out and seeing people and keeping a routine at home for Oscar. They really enjoy going to a pre-school class at the main support centre half an hour drive away. He has started to say a few more words but Gerdine cannot tell whether he prefers Dutch or English.

It is such a blessing for them to live on the support centre during this time. They are almost neighbours to their co-workers the Stous’, so the kids play together every day. It is a great place for them to play outside. Oscar likes to run around with the other kids through the grass, playing with sticks, mud and stones.

Another missionary lady has offered to look after Oscar a few times whilst Steve was gone which was such a blessing! Gerdine was able to work on sewing some curtains for their new house in Kovol during that time with the help of another missionary.

Thank you for your prayers!