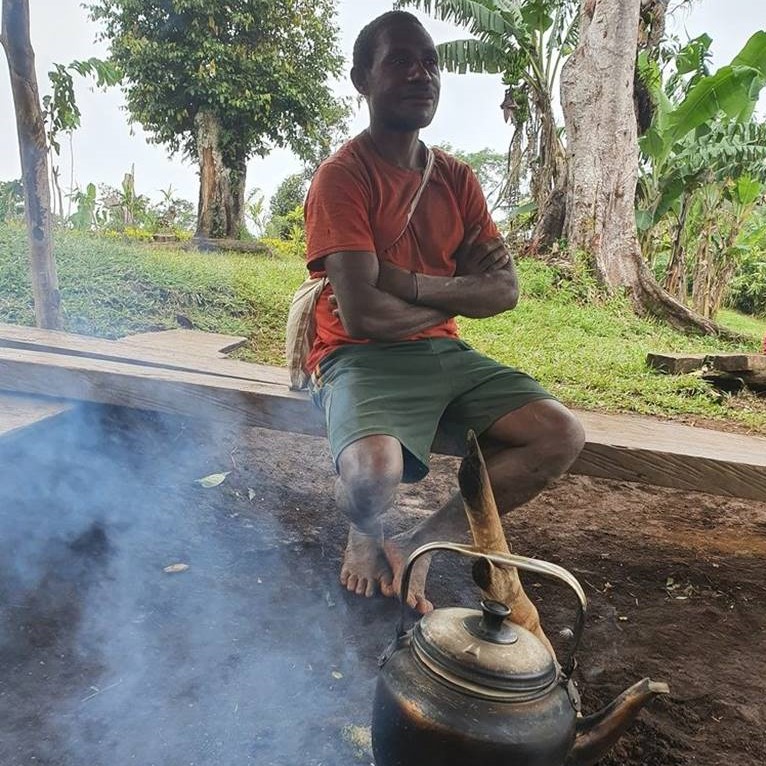 Rhett and Stacie Stous and their four boys were glad to have the Stanleys back in Kovol. However, it was not long before they had to say goodbye to the Hansens, as they left for home assignment. Goodbyes are one of the hardest parts of their lives in Papua New Guinea, especially for the kids. From the biggest goodbyes to friends and family, to the small goodbyes to favourite sticks and soft toys. They have prayed many days for their children’s hearts (and their own!) as they sacrifice along with them.

Rhett is plugging away with language study. Learning the verbs is a steep learning curve.

Stacie was able to finish the school year, leaving a short break to dive into language. A refreshing break from the norm, which allows her to get out and see the people more than normal. The kids are torn between being glad to have a school break and not really knowing what to do with themselves. They spend a big chunk of time making bush craft in the surrounding jungle!

One exciting thing they have started doing in the village is having an occasional movie night, where they are able to show videos about other places in the world and different cultures that are unfamiliar to the Kovol people. It is a way to provide entertainment (they love the chance to do something fun for the people!), but also familiarise the people with the idea that the world is much bigger than Kovol, or even PNG. They love to hear the rippling comments when an elephant is shown walking through the jungle, or the excited shouts of “igwam!” when they finally recognise something – ants!

After months (years!) of hoping it would happen, they were able to host Stacie’s cousins, who work on the base, for a visit. Due to weather, only half of them made it in to the village, but their hearts were blessed none the less. They do not get many visitors, so it was a very special thing to be able to show them around, introduce them to the people, and visit with them into the night.

As a family, they recently took a short break into the town of Madang, to spend time together, enjoy swimming and shopping for supplies. It was the first time that they could get into a pool with all the boys and not have all of them clinging to them, so that was a relief!