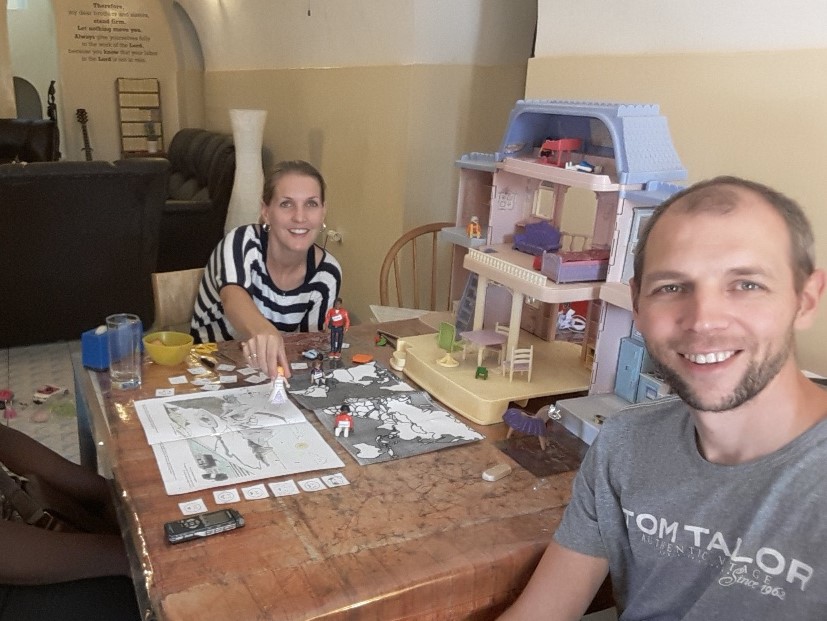 So many things have happened. However, Andrew and Eliza and family are doing well. Some things were challenging during this time of settling into their new home. But despite the difficulties they faced, knowing that God is with them has given them peace. In so many ways He has proven His faithfulness to them that they are actually very encouraged through it all.

It was that moment when Judah called them in the middle of the night, that they realised Judah would get better. The fact that they woke up, meant that they slept…and so he must have slept too. They immediately felt such a great relief and thankfulness! Judah slept a bit longer each time, his fever came down and the path to the bathroom was taken a bit less frequent. Dysentery is a nasty disease. Judah and Gloria had it a few weeks ago and Josephine just recovered from it too. Her fever was really high and so she was admitted to the hospital for a bit. They truly thank the Lord for His care during those days and that they are all in good health again.

Andrew and Eliza are in the middle of language study which is quite intensive. Even throughout the night Wolof words go through their minds without any logic of a story or dream. Pure words and sounds. The method they are following is called the growing participator approach, which they like a lot. The first weeks were just focusing on listening and recognising sounds in order to be familiar with them and to focus only on what they heard rather than how they thought it should sound because of how it is written. After this, they were able to say the words that they had encountered and at the same time listen to new vocabulary. Not all the sounds are familiar to them and so they struggle with their jaw, tongue and cheeks to get the right sounds out of their mouths resulting in regular bursts of laughter!

Andrew and Eliza have just started the second phase and use wordless picture books and one of the goals is to get their tongues loose!
They have a very friendly language helper. He is from the church they attend. He is a good teacher, they can laugh together and he is very patient with them!

The Lord is really taking good care of them. A few months ago they had so many questions concerning a house and a language helper and He has truly provided for all their needs!

The kids like it at BCS (Bourofaye Christian School). Although it is a 40-minute drive away, they are very happy that they can go to their previous school. They are thankful for carpooling. The school day is longer than they were used to in the Netherlands so they look forward to the weekends.

Andrew and Eliza have already established some contacts in the neighbourhood. Andrew sits regularly with some men under the tree in front of their house were they play checkers daily, and has made friends with a shopkeeper next door. This is a good opportunity for him to try out his Wolof. Eliza made some connections with the daughter of the headman of the area but she is unfortunately working in another town for most of the time. Please pray that they could establish more relationships in the neighbourhood and church.

Thank you for partnering with them to REACH the least reached in West-Africa. Our prayer is that the people of Senegal may know the Lord Jesus Christ.