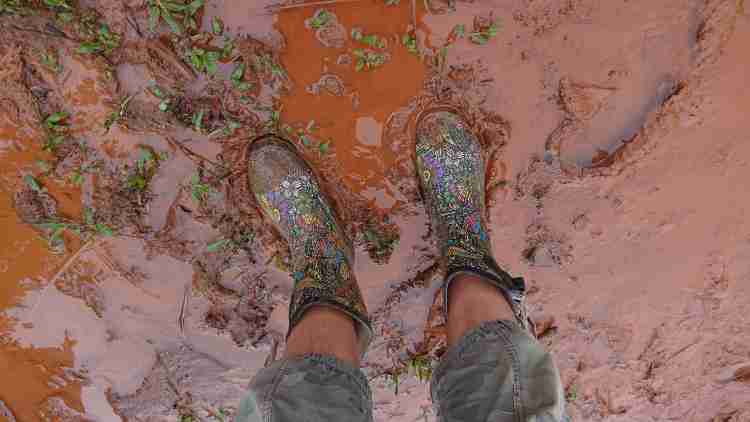 Rainy season means it rains A LOT. Everything is muddy; trails, gardens, and even the inside of their house show the evidence. Natalie has realised that her floor will never be ‘red clay’ free, no matter how often she changes the water in her mop bucket. Mould started appearing in their bedroom and the smell was so bad that she could not sleep there anymore. They have to paint the unfinished areas but they have mould growing even on double-mould-shield painted walls. They also get ‘rain flies’ that look like flying ants and can swarm around the lights. When the rain hits their roof, it makes talking impossible in most rooms in their house.

Rainy season for the Kovol people means that they had better get some work done in the time when it is not raining. They still have to go to their gardens to weed or to get food. Some people are still hoping to plant peanut gardens while others want to take a break from gardening. Crossing the big rivers to other villages can be dangerous since the water is higher and there is a stronger current. They cannot go fishing and even hunting is not so much fun in the rain.

In rainy season, it is also harder for the helicopter to get into Kovol because of cloud cover and strong winds. The people’s roofs are easily damaged and many Kovol people already have holes in their roofs and are rained on in the night. For some reason they are sometimes slow to fix the roofs. It is a lot of work to rebuild the house. Maybe Philip and Natalie can find out at some point the reasons why!

Philip and Natalie are still thankful for rain though, as it makes the garden grow and provides them with water in the house. Natalie is also thankful for their house where she can still be comfortable and dry!