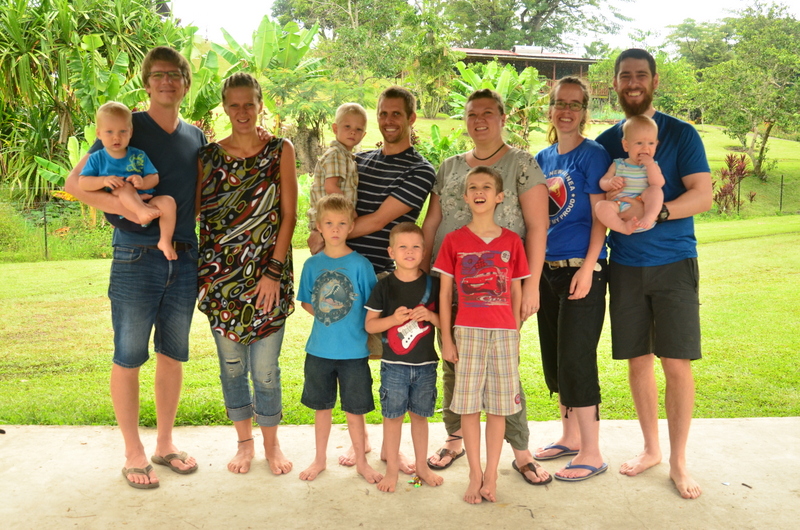 Kovol is a tribe of about 700 people in mountains in the Madang province. For the last ten years NTM has had a missionary team in Pal, the neighbouring people group and the Lord has used this team to plant a church. The Kovol people have been watching the development of this church and they are hungry to have the same thing; they want God’s talk in their own language.

Thus, about a year ago village leaders from every Kovol village came to the missionaries in Pal and presented their request. They kept asking if their request was approved and were excited when they were told ‘NTM has approved your request; now we’re just waiting for missionaries to come’.

That expectation is one of the biggest reasons that Steve and Gerdine Stanley along with the Hansens and Stous’s decided to choose Kovol. Another is the opportunity to work alongside the Pal Church as they seek to support a new missionary team in reaching out to the Kovol people.

With a destination set, it is time for them to start getting ready to build a house in the bush. Mixed feelings is the result!

Excitement that they are going to be moving into an area the Gospel has not gone before, but people are begging to hear it.

Fear as they get ready to spend £20,000 – £40,000 building a house. They are choosing to build a temporary house in the middle of the jungle so people can hear the Gospel.

Tiredness as they think through all the logistics involved in purchasing and transporting materials.

Guilt because the house they are planning on building is going to be a luxury house by PNG standards.

The team will be going to Madang next week to start searching for helicopter shuttle points along the North Coast Road. They are looking for a field as close as possible to Kovol with road access, which can be used to load the helicopter for the numerous shuttles of building materials in the near future.

Pray for the team to have wisdom to negotiate land use, as there will likely be a cost involved to use someone’s land.