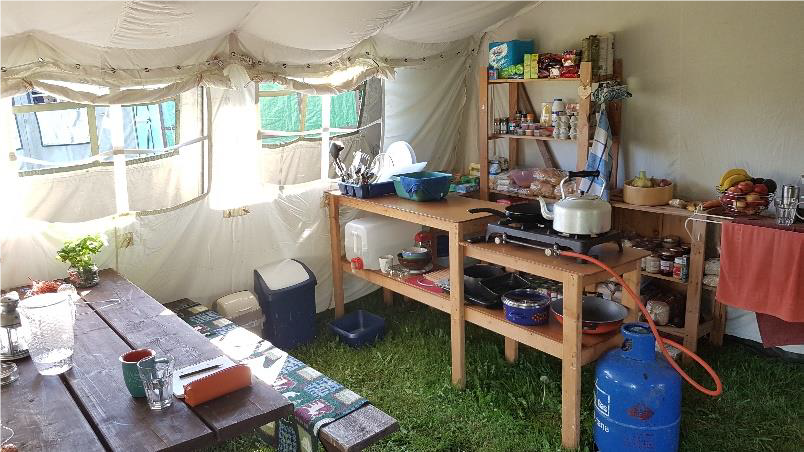 The past four weeks of ‘Mission Simulation’ truly have been a helpful preparation for working and living in an unreached people group! Without any tribal people around, Diana did not experience any culture shock and of course, the tropical climate was missing. Other than heat and snow, they had all kinds of weather: storm, rain, sun, or pleasant days mixed with cold nights.

The mission’s course students were working in three different teams, trying to grasp their language helper’s language and culture whilst leading a simple life. A ‘language helper’ is not a teacher; just a native speaker from the village you are living in. In order to learn the language, they had to plan the lessons they wanted to learn. The goal was to get chunks of both twenty new words in a small sentence and six general phrases on a daily basis. Systematically studying the language and culture in chunks so that they were able to process it without getting too overwhelmed by the masses and depths of the unknown.

Studying the language and culture is vital for communicating the Gospel to the people in a way that they would understand and for translating the Bible into the language of the unreached.

A typical day for Diana started with a morning devotion and meeting, then they split up into their teams. Planning and preparing language sessions, cooking lunch, having a language session and then cutting the recorded audio files afterwards. Computer software helped her organise and study the language. In the evenings, she wrote the twenty-six new phrases down phonetically and practiced them. She really enjoyed that, but it was quite challenging especially in the beginning because her ears were not yet tuned into Faroese. The two other groups learned African languages.

Now they have taken down all tents and moved back into the dorms! It was a big change again, yet quite a pleasant one.

This week Diana started her third and final year. Linguistics is just about to start! On Wednesday evening, they had a little graduation ceremony as far as they were able with all the corona restrictions. Not all students from her class are continuing with linguistics, so it was also a time of good-byes.

Diana is very thankful for your prayers:  In the storms, God kept them all safe and none of the tents blew away as long as they stayed in them.

Pray for another year of living by God’s grace as she studies linguistics.