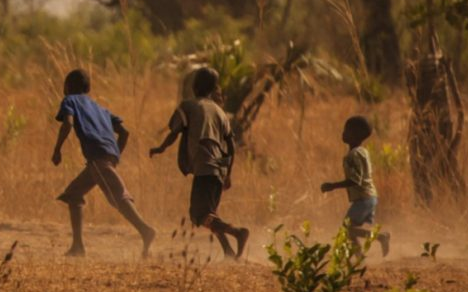 In March Aaron and Amy Speitelsbach, who serve God in Liberia, West Africa, among the Glarro people, were busy for several different reasons. Firstly, they had a few groups of visitors. Then somewhere around that time, Aaron had a bout of malaria, and so they had to change some of their plans. Aaron took a team of co-workers that were visiting, back to Monrovia by car, loaded up some supplies and the barrels that they had shipped from the USA to Liberia last year, and drove the 20 hours back to the village. A couple of the barrels were filled with school supplies for kids. They hope to hand them out by the end of this week.

While Aaron was gone to Monrovia, Amy held the fort, and continued her literacy classes. She really enjoys her short devotions with her classes and the eagerness of the kids to learn the memory verses.

One of their language helpers is still in the hospital. Aaron and Amy are praying that he will come back to the village soon, where they believe he has a better chance to rest and get better.

Bible lesson making has slowed down over the last couple of weeks. Over half of their little lesson making group are travelling for various reasons, and it became a challenge to get more than one person to attend at a time.

Their friend from ‘Equip to Serve’ visited for a few days to continue his Bible teaching with a small group. While some are tracking better than others are, the Holy Spirit is at work and it is starting to impact the thinking of a few of the participants.

There is an old land dispute between two villages that flared up again recently. The conflict has calmed down again, and they are having discussions as to where the border line should be drawn. Praise God:

Thank you for your prayers for Aaron, Amy and the Glarro people.