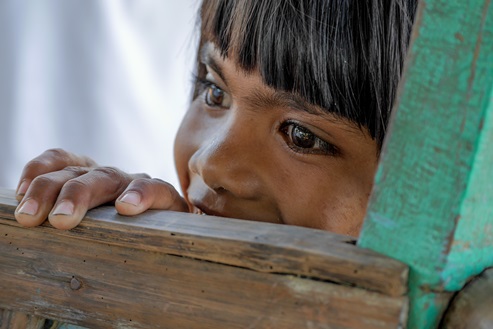 Caleb was able to make a trip a few weeks ago to an island worst hit by Typhoon Yolanda a year ago. He remembers praying that God would allow this to be an opportunity for the missionaries to get involved in the community and build good friendships so that when they present the Gospel they are respected and listened to! When he was praying, Caleb had no idea God would bring him to that island one year later. God is great, allowing him to witness his prayer answered so clearly in such a big way. While he was there, the Mayor of the Island held a celebration and presented a ‘Certificate of Appreciation’ to the missionaries for their involvement in the community after the typhoon.
Caleb is now at Malaybalay and has been working on leaflets and other resources for the missionaries to share with others about all the opportunities to serve God in the Philippines. Doing this has allowed him to hear of all the areas NTM would like to go to but are waiting for willing people to join the missionary team. Whilst considering his own future this has been very helpful!
Getting to meet the missionaries has been a blessing; they have such a passion to continue serving God after faithfully doing so for many years, some for decades! Caleb finds living with a missionary family is a privilege too, seeing them study the language with language helpers, getting involved in their ministries, spending time with the friends they have made at their local church and overall experiencing ‘life’ with them.
Caleb is hoping to return to the Philippines next summer to serve full-time; pray for God’s guidance for his return to the Philippines and that he will look to God for His timing and His wisdom!