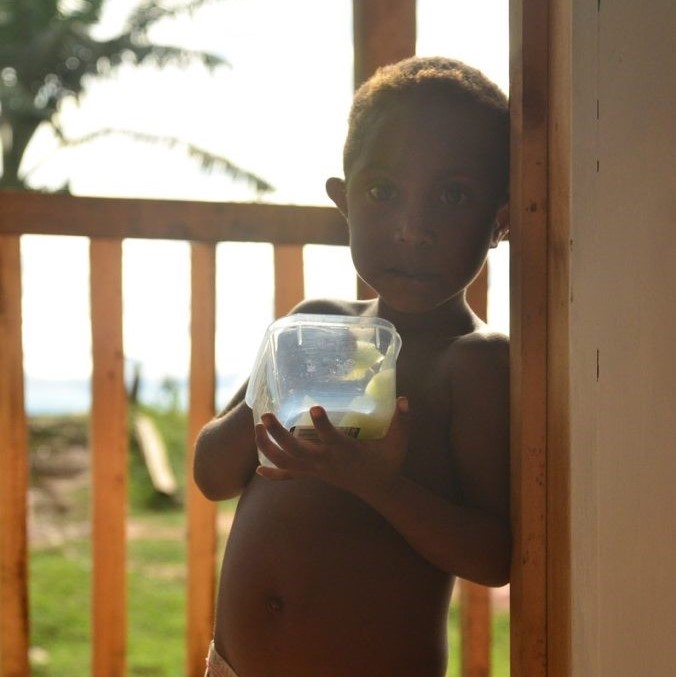 Steve and Gerdine Stanley with Oscar had a short time back in Kovol after their Australia trip. They are really encouraged to start with language learning and be able to shift the home improvement projects to the back burner. Doing so has helped them to stop thinking so much about the challenges of living in the village and take a crack at the challenges of language learning, which they have been looking forward to for a long time. While learning the phrases they are working on right now seems impossible, they know that if they keep putting the hours in day after day they will start to get it.

Their first week back in Kovol has reminded them of how depressing the weather can be. They almost did not make it in with the helicopter because of the clouds and they have had to pull their fleeces, trousers and socks out to keep themselves warm.

They also returned to mould. The floor under their kitchen table, bedroom wardrobe, all the beds and the bedding that they had left on were covered in growths of black and white mould. Any untreated surface grows mould in a matter of weeks! Clothes and sheets are always damp.

Making a start with language learning has been an immense joy. They love language learning and the sun even seems to have come out for it! So far, they have not strayed too far from their houses as they have so many visitors.  They have been planning what language they want to get in a day so that they can hear it, record it, process it into their computers and then study it later. A basic routine of plan, participate, process practise and the Kovol people have been delighted to see Steve and Gerdine get stuck in.

The missionary team recently had a thank you meal with the community. They provided food and gave gifts to the community as a thank you for their help in building their houses. The team told them that the houses are finished because missionaries and Kovol people worked together, it would not have been possible without both sides contributing. Now moving on to the task of learning language and eventually translating God’s Word the team took the opportunity to let the Kovol people know that it would only happen with continued cooperation. The Kovol people happily committed themselves to their side of the task – teaching the team their language.

Unfortunately the Stanley’s needed to be flown out of Kovol to the mission base the next day so that Gerdine could have a tooth removed. Pray for a good recovery and that the Lord would open the door for them to return to Kovol to continue language study despite corona virus crisis.