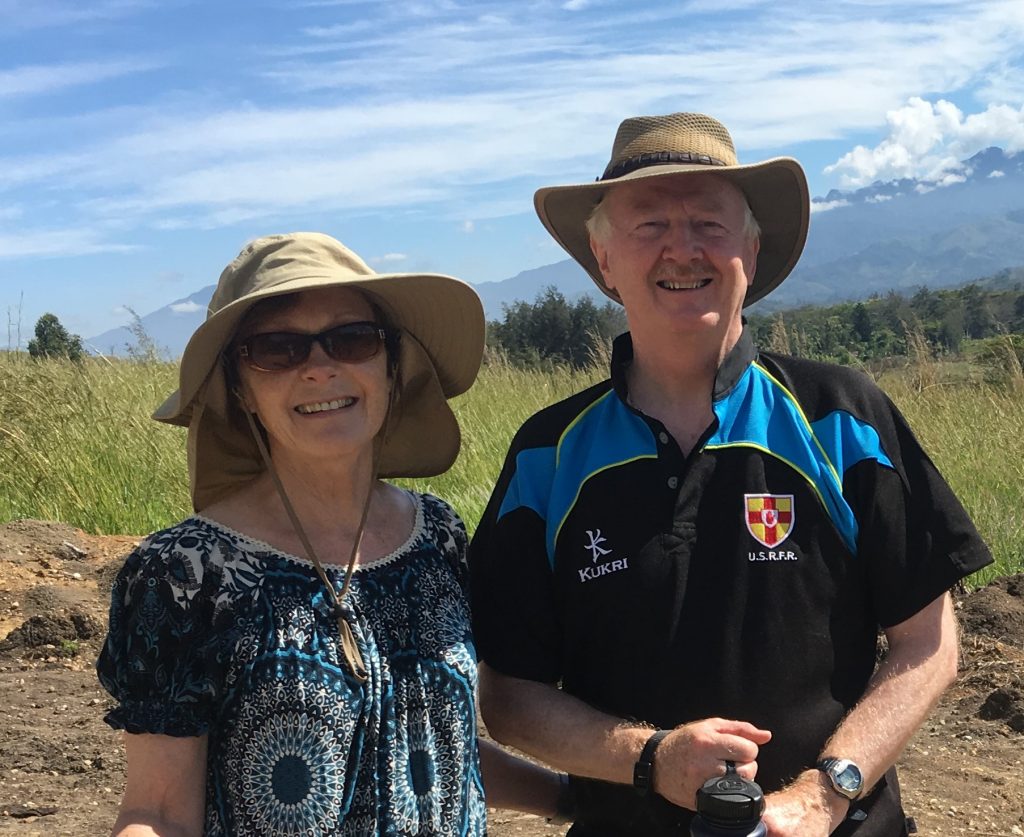 Alan and Eileen Wilson from Northern Ireland have been serving short term in PNG at the Lapilo Centre to cover for staff on home assignment.

The last couple of weeks they have been on a “wind down” mode. Eileen handed the “on call” phone back to Dr Bud when he returned. For five weeks she had been the sole doctor on site.

Many prayers were said as the month of August approached with the return of missionaries to Lapilo for the start of the new academic year. With increased risk of sickness and accident, they prayed that God would sustain the over stretched medical staff and prevent serious accident.

Undoubtedly, the Clinic was worked hard. There were also some potential medivacs that were put on hold overnight to see if the condition of the patient improved by morning. Thankfully, they all did and the medivacs were averted. At the beginning of September they praised God for His goodness to them. He answered their prayers, and prevented any serious illness or accidents and amazingly, despite their fears and concerns, in retrospect, August was a much happier month than the previous two.

Alan has been finishing off his work at the hanger writing business procedures for NTM Aviation. Apart from his work, this has given me a great insight into the support required to maintain missionaries in bush locations. It is very much like managing a mini airline, with exacting standards required for the maintenance and flying of each aircraft. You can imagine the frustrations that arise should an aircraft be grounded because of a mechanical problem or a flight cancelled because the weather turns nasty and it is not possible to land in a bush location. However, with great care and dedication NTM Aviation provide a lifeline to the bush missionaries.

On their last Sunday in Church in Lapilo they Alan and Eileen were given a wonderful farewell. PNG is a country full of extremes and contradictions with beauty and tragedy all cobbled together into one package. They will be leaving with mixed emotions; they have experienced a wonderful place full of wonderful people and God’s wonderful grace during the last three months. They also feel that their prayer partners were as much a part of the last three months as were the missionaries with whom they were working.

There is still loads to pray for, as there are over forty new church planting missionaries committed to long-term service in PNG starting their ministries over the next eighteen months. This will open up new areas and give remote tribal peoples the opportunity to hear the Gospel in their own language. It will also mean added work for the support staff, which is a great problem to have, but still needs a lot of prayer.

Pray for Alan and Eileen as they soon start to travel home making some stops on the way, returning to Northern Ireland at the beginning of October.