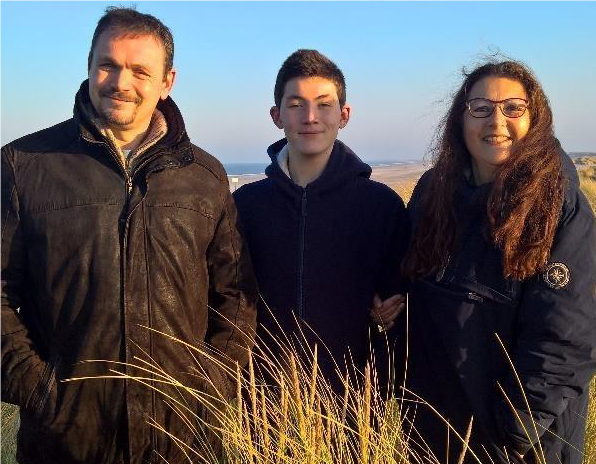 Daniel, Nicole and David Noort have completed their first four weeks in the training with First Story Ministries (establishing thriving churches among the Indigenous peoples in Canada).

They are continuing to settle. They are thankful that they were able to get all their stuff from customs. Thank you for praying.

David is recovering little by little from culture shock; actually, they all are. He has had to process lots of new information and has found that the learning system is different to when he was in England where he could ask many questions and there was time for explanation. This system requires greater independent learning.

Daniel and Nicole have also been getting a lot of new information. Recently they listened to another missionary who has worked and lived for a long time among the First Nations in western Canada.

First, they learnt about the history of Canada, which mainly revolved around the fur trade. Then on the impact of the clash between the western and the indigenous cultures.

In the reservation where they will be working, they may be exposed to destructive life styles. They have been learning a lot from the experiences of a fellow missionary. There were many heart-breaking stories. Fortunately, in all this brokenness there were also encouragements. Testimonies of lives completely turned around by the good news from darkness to light. Many tears of sadness but also of happiness. How great to hear about the different testimonies of saved lives.

The main question, which is now laid on their heart, is “Where to?” Inuit or First Nations? Where does God want them to engage with the people? To learn from these people, understand their culture, build relationships and make friendships, to learn their language in order to be able to tell the Good News in the heart language of the people.

This month, the men of the team with the leadership will set out to visit some reservations. The last 170 of the 1000 km will have to be driven over ice roads because there are no ordinary roads. Prayer is necessary for a safe journey and blessed encounters with local residents.

They also hope to grow as a team. The team consists of another young family with four children and one on the way and a single lady, all from the USA. It is amazing how God has brought them together from different backgrounds but with the same desire to share the love message of God in the same part of the world.