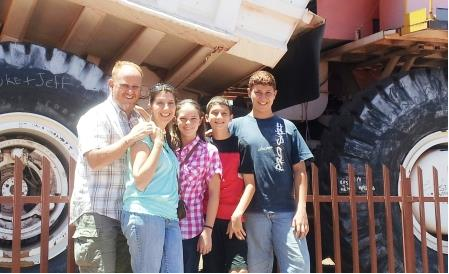 As time goes by, Francois and Nadia are adapting back to their environment. After all, this is the country they grew up in. Many things are familiar and comfortable. However their kids are in a very different situation. Neither Franco nor Waldo has ever lived in South Africa for longer than a few months at a time. They may look like Afrikaners and speak Afrikaans, but they know very little of the ins and outs of this culture, for example they don’t understand many idioms or church language. Are they then Mozambican? No, not really. Even though they grew up there, they are not Mwinika or Portuguese. They are what experts call Third Culture Kids, meaning that they don’t fully belong or fit the culture where they and their parents live or their passport country. Can you imagine that? This fact has called for some interesting, funny and sometimes painful and humiliating situations. Pray for Franco, Waldo and Hiedi-Marie. There are of course many advantages to being a Third Culture Kid, like learning quickly to fit into many different situations, communicating to fit the context and knowing that one way of doing things is seldom the only right way to do it! Being different is not wrong! And the most important thing to know is that Jesus is their only constant, the only One Who they can count on in all circumstances and every situation. He must be their Rock.
Although Francois and Nadia hoped to be on their way back home to Mwinikaland by now, they are still in South Africa. For various reasons they will be there for another month and they have been praying for a vehicle that can stand the rough roads in Mozambique.
Waldo has been diagnosed with a little known syndrome that Nadia has and is learning to adapt to resting more often, not standing long, eating a low GI diet, and being careful not to overtax himself when exercising. He is using medication and has improved a lot, praise the Lord!
Francois and Nadia’s co-workers, the Hendersons, have only recently returned to the village. The roads were nearly impassable because of several tropical storms passing through that part of Mozambique. They also had work permit problems and Elin had a bout of Dengue fever! They were able to spend a few weeks with the Hattinghs in South Africa. Apart from the pests (an infestation of mice) they are very happy to be home after a very good time recuperating in South Africa. Elin has returned feeling fully recovered! They were so thankful to have time to be together as a family and just rest. They enjoyed having their daughter Callie with them and catching up; she has now returned to Kenya and is back into her school routine. The Hendersons are getting back into their village routine and trusting the Lord to help them make the most of their time in discipling young believers and preparing translation and teaching materials. There is a lot to do and they are in need of sensitivity to Him to know how to prioritise the things that are most important. Pray for continued growth for the believers; they are getting ready to study the book of Titus.
Francois and Nadia plan to go back to Mozambique, Lord willing mid-May. Nadia will attend a literacy pre-workshop week in Johannesburg in mid-May and thereafter another week in Nampula, Mozambique. Waldo will accompany Nadia, while Francois and Franco and Heidi-Marie will hopefully drive back home to Mwinikaland. Two weeks after that they are all back home; Francois will leave for the West-African field for several meetings and a conference. Nadia and the kids plan to stay home in Mwinikaland. Their co-workers will also go to these meetings and therefore Nadia and the kids will be “alone” in Mwinikaland. They would appreciate your prayers.