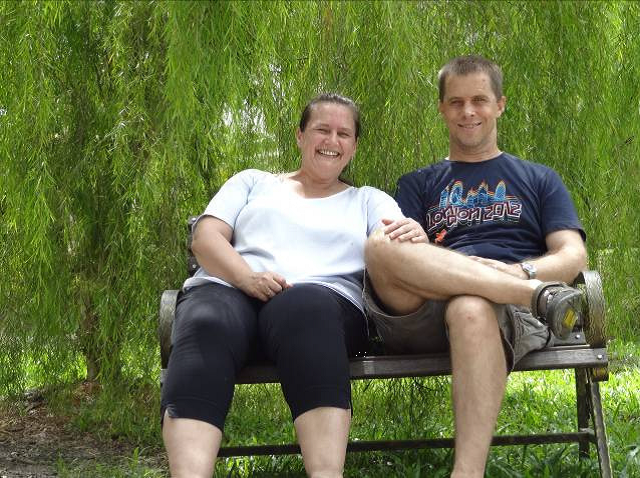 Finally David and Chris made it to the local immigration department two days after their visa expired. They were relieved that Chris didn’t have to go through the interview she was told would happen – just the usual fingerprints and photos and lots of sighs of relief from David and Chris! They are so very grateful to their Indonesian colleague who works so hard and faithfully so that David and Chris can be in Asia-Pacific.
David and Chris are now settling back into life and work at the hospital in Asia-Pacific. It took a while for them to get back into routine after being away for 11 months. They arrived back to their home to find that while they had been away, the local rat population had taken over, but they now seem to have gotten on top of the problem.
Chris was very encouraged to hear how well the wound care team had functioned in her absence.
Pray for Chris as she continues to try and motivate and support the team to deliver up-to-date, appropriate, yet cost-efficient care.
Whilst in Australia, New Zealand and the UK David and Chris searched for a suitable cushion for a patient in their care to use while he is in his wheelchair in order to prevent a reoccurrence of his pressure wounds. In the end, they decided that a ROHO one that could be pumped up with an ordinary bike pump would be perfect but time ran out and they found that the price was rather prohibitive. Chris in particular was pretty frustrated that they hadn’t been able to complete this “simple” task. However, while they were away, the hospital received a container of donated items from Samaritan’s Purse. It is always a bit of a pick and mix situation as to what is in the container and you never actually know exactly what is in there until you start unpacking the boxes. Imagine David and Chris’s surprise and delight when they found a ROHO cushion in near perfect condition. It just goes to show our God is truly an awesome God – all the time David and Chris were fretting about it, here it was sitting in the warehouse just waiting for them to get back!
At the moment the annual Medical Missions Conference is taking place. This is a two month period where candidates arrive from around the country to have a taste of what it is like to be involved in medical missions. This year it is a group of six –two dentists, three general doctors and one nurse. They receive a lot of spiritual input, are challenged regarding the need for people such as themselves (who generally don’t face the same language, visa or cultural struggles that David and Chris do – or not to the same extent) to go to the most remote places in their country to strengthen already existing churches and also to share the Gospel in places where there hasn’t been a clear testimony. Each candidate is challenged to explore how their particular medical or nursing skill set can be used to gain access to places that are almost impossible for foreigners to work in on a long term basis. David and Chris have both been involved this year – David taught a session on how to maintain a good relationship with prayer supporters and also how to do a presentation. Chris as usual has done a session on current wound care methods. David and Chris plan to invite them to their home to share their testimony of how God called them to work in Asia-Pacific and how He has been so very faithful to them over the past nine years since they left their paid employment. Pray that from this group there will be those who commit to long term missions work.
Pray for one of Chris’s young patients as she has a rather large tumour on her eye and is unable to see with her other eye. At the moment she is undergoing chemotherapy. Despite this she remains very cheerful. Her parents are Christians and she is always very keen to pray. Also pray for David and Chris as they minister to this young patient and her family during this uncertain time and that she will know Jesus as her friend and also Saviour even at this young age.
Living and working at the hospital, David and Chris have to be ready for anything that the Lord brings across their path each day.