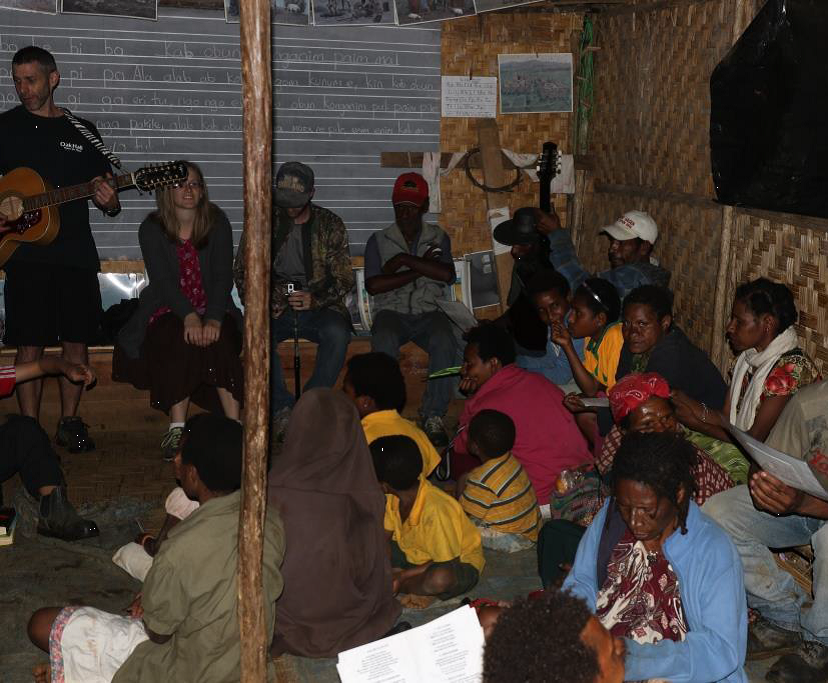 In their last update, Levi and Robyn Lenz asked for prayer for Levi’s friend, a previous language helper. Thank you for praying! Over the last few months, Levi has met with him a couple of times a week to teach him through the Bible lessons. The spiritual battle was fierce, but God has won the victory! Praise God that Satan did not win and rejoice with them that his friend is now a brother-in-Christ. Please continue to pray for him as he grows in his faith.

Easter Sunday, was celebrated by several people wanting to take a stand for the Lord and show that they‘re following Him through believer’s baptism. Among them were Levi and Robyn’s son Daniel and their co-workers’, Daniel and Rachel Hulley’s, daughter Georgia.

Robyn and the kids will be leaving PNG in mid-May to return to the USA for their home assignment. Levi will be following them a month later. They are looking forward to being together with Michael again. Going to the USA is always a big transition as they leave their home and the things they are familiar with in PNG, continually being uprooted, and living with others for a year, etc. (just to name a few). They ask for your prayers as they try to wrap things up in the village and finish this term well, and for all the upcoming transitions.

Pray for their co-workers, the Hulleys, as they to bear the load of the ministry whilst they are away.

Thank you for your continued prayer, encouragement, and support for the missionary team as they minister in North Wahgi.