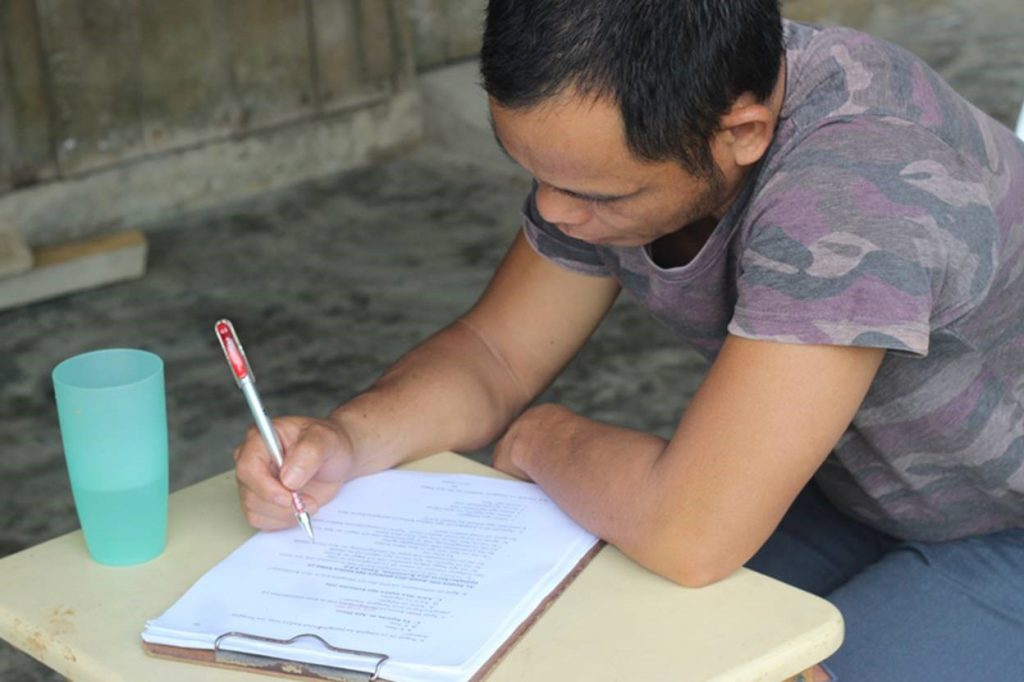 Jonathan and Heidi Bamford have been watching the news for information regarding their return trip to the Philippines. They are hoping the country will be open before the end of May, but no news yet.

A few weeks ago, Jonathan was doing a victory dance because he thought he had beaten down all the technological barriers and actually sent Bible lessons to the Philippines from the USA via the internet to a man who was going to take them up to the village.

The lessons were sent, received, and read on a mobile phone, but alas, the receiver did not understand that the lessons needed to be saved to the phone’s memory.  When he got to the village, he was surprised that they were gone. It was an almost, but not quite, victory.

During the past few weeks, Jonathan has written seven additional lessons to go with the first three and Vicky, their co-worker in the Philippines, will print them and send paper copies via jeep to the town near the village. Beat that technology! This time Jonathan will hold off on the dancing until he hears that they made it. Praise that Vicky is able to help send lessons to the village. Jonathan will continue to write lessons until they have enough to last for a few months.

Pray for the Philippines as the Covid-19 virus is causing many problems there. Also pray that their co-workers, employees, and friends will be able to stay healthy.

A big praise is that Jonathan was able to have a colonoscopy and no problems were found.