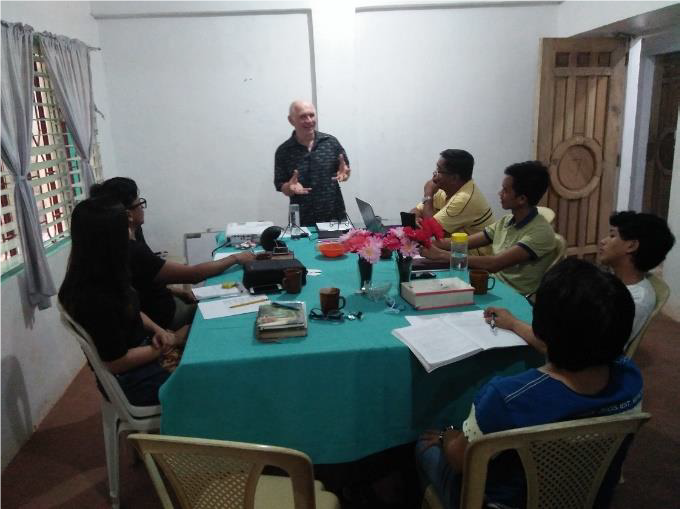 Ragnar and Elizabeth find it so encouraging to see many of them teaching in their homes and in neighbouring villages. But their hearts continue to long to see more Kankana-ey excited and eager to spread God’s Word among their own people.

This month Ragnar and Elizabeth were asked to share with the second year students at the National Missionary Training Centre a few modules on the steps involved in making the Chronological Lessons. They were an attentive and excited group. Another encouraging adventure, seeing God raising more people to help reach the unreached.

Ragnar and Elizabeth would appreciate continued prayer for the faithful group of believers that regularly meet in the village where they once served, they would love to see them reaching out to their neighbours and seeing more come to understand what Christ did for them on the cross. A believer from a similar village in a different area of the Kanakan-ey, recently visited this village and will meet with Ragnar and another believer to talk about the direction to take in order to move the work along and the next few steps they should take in developing the curriculum.