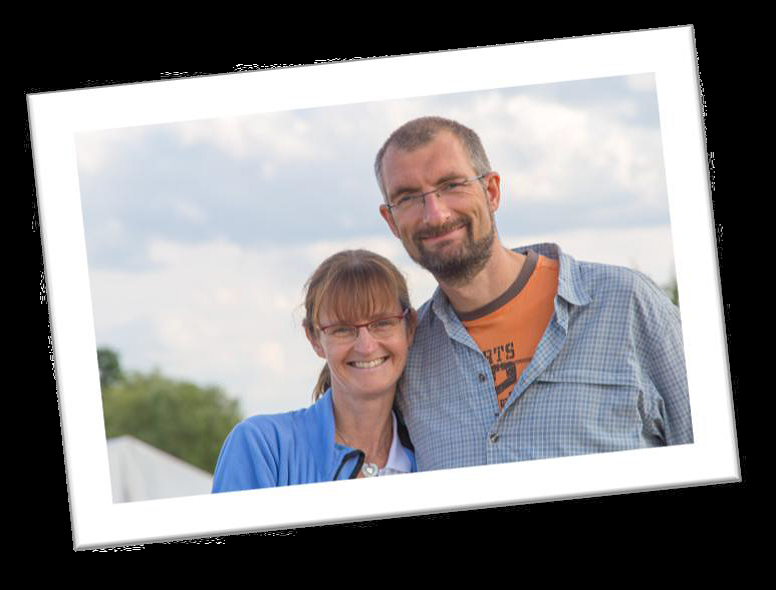 Marko has a chronic kidney disease. The natural process of this disease is that the kidneys lose a tiny bit of their function each year – until the point is reached where dialysis is needed. Marko and Annelie knew this before they joined NTM. Marko’s mother needed dialysis for some years before she got a transplant. They thought that they could work for some years in PNG before Marko would need dialysis. But the doctors from NTM in PNG saw it differently. This was really a shock for them because they were sure that God had led them for the last two and a half years in that direction and now the stop didn’t make sense. Many of their friends were praying for them in this situation; many prayed for healing. But God didn’t heal Marko. Also the doctors in Germany did not recommend that they should go to PNG. So this door was really closed.
At first Marko and Annelie were sad and frustrated, but they still knew that God was in control and that His plans for them are the best. Now, a few months after the shock, the whole situation makes a little bit more sense. They realised over time that their home church was in great need. They thought, “Maybe God didn’t allow us to go to PNG because he wanted us for such a time as this in our church.” When Marko and Annelie spoke with the elders and some friends about the idea to stay for some time in their church, they were relieved and many said that this was what they were praying for.
But this doesn’t mean that Marko and Annelie say good bye to NTM. They have agreed to stay for two to three years in their church and work there for fifty percent of their time. The other fifty percent will be spent working with NTM Germany. The main task for Marko in their church will be to train some young men – so that they eventually can become elders in about two years. Marko and Annelie would be really glad if you would pray that God would use them for his glory and for the blessing of their church.