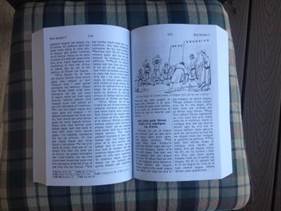 Jim and Judy have never seen so many mourners attend the burial. But nothing is for free for the Dom and the family will have to pay them back. The intensity of the grief and wailing was very hard for Jim and Judy to watch.

Pray that Jim and Judy would know how to help his family and the little church understand in the aftermath of all this. Though they do not understand themselves why God would allow a young man in his prime to die like this, they can trust the One who gives life to us all.

Jim has not totally recovered his strength after being so sick. When they arrived back in the village, their hot water solar system was not working for some reason. Despite many phone calls to the tech support people for advice and trying various things, they still were not getting any hot water in the house. Lots of hot water was sitting up on the roof but no water in the house. So Jim still had to fill their old wood burning water heater tank via a garden hose, then light a fire under it and haul heated water into the house.

In the meantime, they were going to need to go out for a doctor’s visit but postponed it due to the death and then a massive landslide that blocked our road out. They were running low on supplies so arranged for a vehicle to come up, meet them at the landslide, and carry the things over. However due to some other unforeseen events we had to cancel those plans. But it turned out for the best. Less than a week later the landslide was cleared by hand and their supply run came through just fine.

Also two of their NTM colleagues arrived to give Gerolf his culture and language evaluation and the technician to trouble shoot their solar hot water. An expansion tank for adequate pressure to push the hot water out of the tank and into the house was installed; plus an ‘on demand’ water heating unit that will be their backup when the sun just isn’t enough to heat the water up.

The doctor has put Jim on medication and they need to stay at the centre for two weeks. Praise the Lord Jim is back to normal other than still needing to regain his energy and they are back in the village.