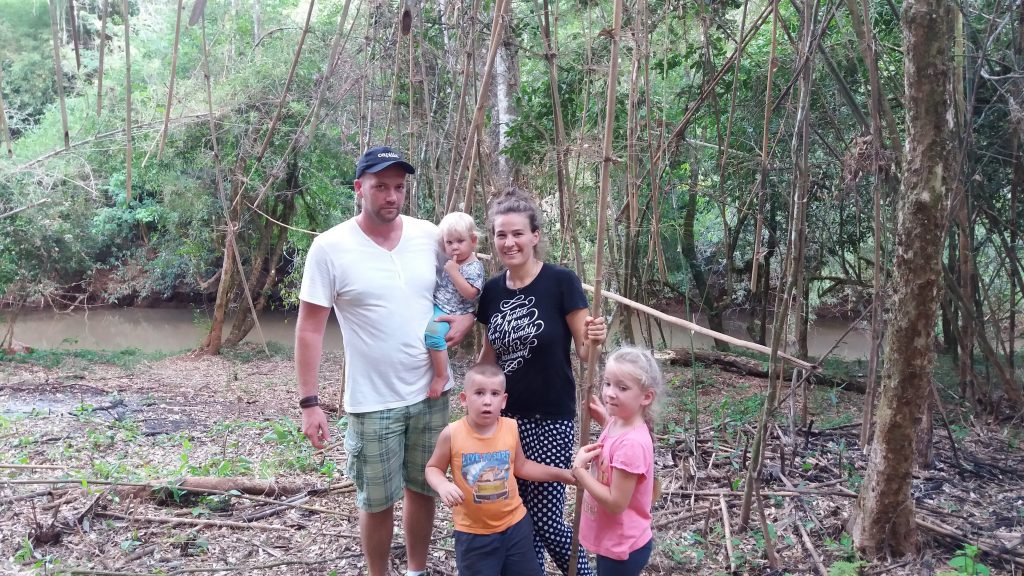 Erwin, Rita, and family travelled quite a lot in January and February. Firstly, because it was the holiday season in Paraguay and the children had holidays; secondly, to get to know other tribal works. At the end of January, they were with their host family in Brazil who wanted to show them the great waterfalls of Foz de Iguazu. They found it impressive to see the water that comes down day and night from over 250 waterfalls.

On the way back, Erwin, Rita, Hanna, Ben and Lia visited two missionary families living and working on the eastern side of Paraguay, next to two Indian settlements. It is still quite a young work, a family only started to study the language and culture of the tribe there in February. Much work still has to be done!

At the beginning of February, they spent a few days in the small in the north of Paraguay. They visited friends and simply enjoyed a couple of days with the children before school restarted. Pray that they will make good relationships with people around them.

At the end of February, they found out about a tribal work near Brazil, and spent a weekend there. They witnessed a birthday celebration and a worship service but did not understand much because people were talking in Guaraní, but it was enriching for them to get an insight into their lives.
In January, Rita took a language course, where she studied a lot of grammar. There were three other German girls in the class. She liked it, although the material was sometimes a little overwhelming, because they covered many different things in a short time.

Erwin and Rita both have a new language helper. It is not always easy to find language helpers, since most of the Paraguayans are very busy and even study in the evening. Pray for their next language evaluation in March.

In February, Erwin (and others) were able to participate in the NTM Paraguay leadership meetings; “teamwork” was a major topic, which is crucial in NTM’s work. It is also crucial in the married life, in the family, and in the community and many other areas, it is important to work together as a ‘team’.

Since mid-February, Hanna and Ben have been back to preschool / kindergarten. Since they have to be at Hanna’s school at 7 o’clock, they leave home at 6 o’clock, as it takes 40 minutes or more to travel the 10 km to the city. Pray for Erwin and Rita in their raising of Hanna, Ben and Lia.

Pray for protection in all their travel.