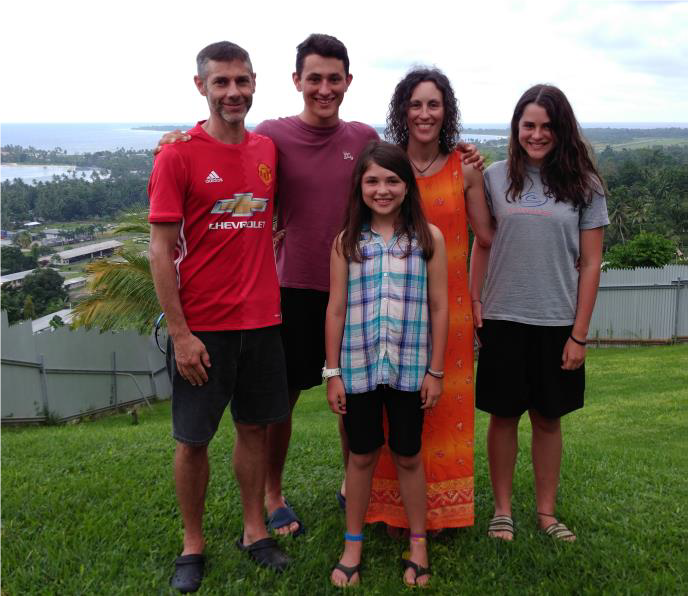 The North Wahgi missionary team had a great privilege over Easter to baptise some more of the Wahgi believers. Of course, baptism is just one step in the life of obedience to Jesus and they always have to be careful to make sure that people are getting baptised for the right reasons. The valley where they live is full of religious activity with people trying to get right with God through various good works.  It was refreshing for Dan and Rachel Hulley to hear the believers give glory to God for sending Jesus as their substitute and payment for their sin. Please pray that they will stand strong when the storms of life and temptations come their way.

Dan and Rachel are officially without co-workers for this next year or so, as the Lenz family have headed on home assignment. Please pray for them as they make transitions back home, especially for their kids. It is always hard for the kids to be uprooted from what they know and thrust into new environments like school. Pray that their time home would be profitable and well balanced with good family time, connections with churches and that they will be spiritually recharged. Pray for the Hulley kids too as they get used to living in the village without their friends.

Recently a large gathering of women visited the village where Dan and Rachel live for a church conference. They do not have close connections with this group, but they extended an invitation to them to share a little about the work of NTM. Dan took the opportunity to present the Gospel message as clearly as he could in their vernacular. There was a very positive response from many of the women. Please pray that the Word of God will spread and people will trust in Christ only for their salvation.

Levi recently had Matthew’s Gospel and 2 Corinthians checked by the translation consultant and it was officially given the thumbs up. This means that they are have about 74% of the New Testament completed. Dan has started work on comprehension checking Revelation and some shorter books in the New Testament. Pray for his North Wahgi language helper as he helps Dan each Monday with comprehension checking and that together they will be able to get God’s Word sounding sweet to their ears.

Summer holidays have come and almost gone. Ben has been back with them for the eight weeks, but at the beginning of August, he goes back to school in Lapilo. They had a good family break at Wewak for a week in June with some friends, which was so needed and thoroughly enjoyed.

It has been a joy for Dan and Rachel to see a steady transformation in the life one of the men who was baptised at Easter. His desire to learn more about God’s Word is increasing. His walk with the Lord is not without its hiccups though. Occasionally, he falls into old habits and old ways of thinking, but every time he falls, he gets up stronger. He is keen to see other members of his family also come to know Christ and has both his mother and wife coming along to hear the way of salvation taught. Pray that he will stand strong and keep reading his Bible and growing in his faith and, if God so wills, that he will be able to meet up with other believers who can strengthen his faith in the city where he has gone to live.

Ben recently had an amazing opportunity for work experience. He was able to shadow some doctors for a week at a local hospital. He will be taking some AP level exams at the end of the next two years, Lord willing, which are mostly recognised as a UK university qualification. Please pray for him as he balances his time between school, sports and investing in others.

Georgia is now a teenager. She was baptised at Easter as she really wanted to let people know that she is following Jesus. She is missing her friends who have left for a year, but is thankful for their pets.

Rebekah also misses her friends! She has just started Year 6 in school, and is looking forward to her 10th birthday next month.

Dan and Rachel’s solar system is not doing well and they would really like to upgrade it and get the much-needed power to run their computers and other appliances. Please pray with them that the Lord will provide what they need.

Last year, Dan and Rachel’s co-workers had two home school helpers teach their kids. This not only freed Robyn up to continue with language study, but also to help disciple the women, counsel married couples alongside Levi and more. Rachel would also love the chance to step out of home schooling, if it is the Lord’s will. Pray with them that someone may be interested in this unique opportunity.

Dan and Rachel are so thankful for your partnership with them in this work through prayer. They can never tell what fruit will be produced by their efforts. It seems at times the soil is barren and the harvest is almost non-existent, but there is always a life or two where God is having a tremendous impact. So, they trust their Heavenly Father to continue to work in the hearts of the Wahgi people.