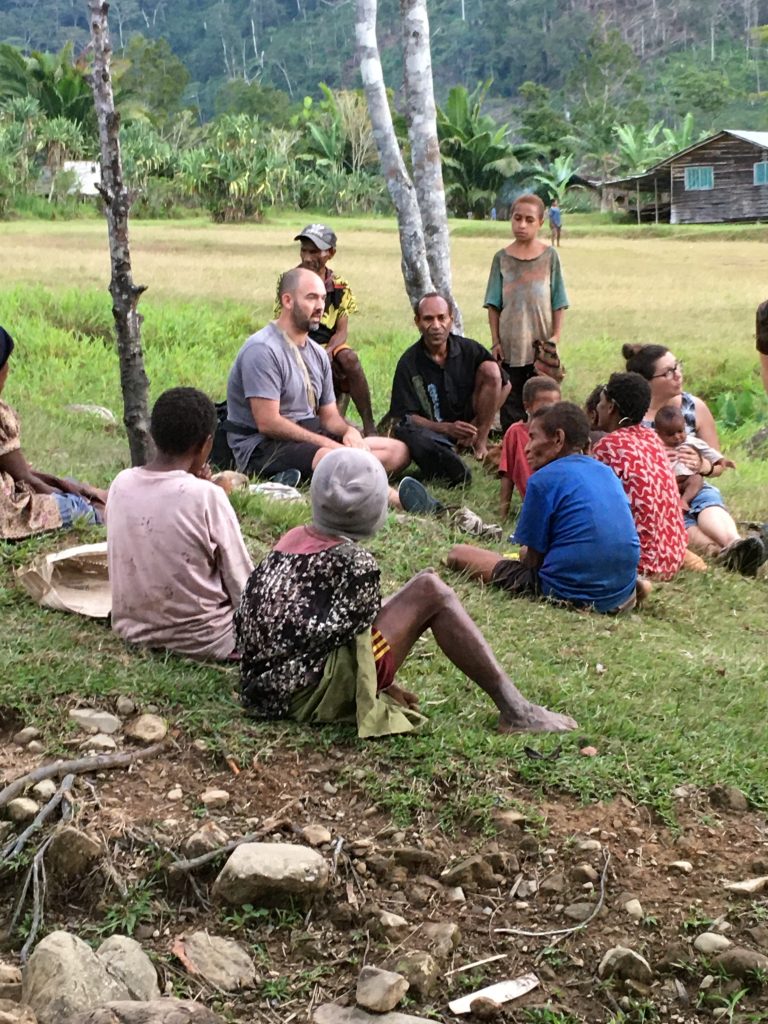 Benjamin and Missy Hatton and co-workers Bart and Emily Allen serve among the Amdu people of Papua New Guinea. During a translation check of the first twelve chapters of the book of Acts God answered prayer for Missy’s back pain. It was not a hindrance to her during the check. The Amdu men who helped with the translation check stayed focused and they were able to finish the 600 verses a bit ahead of schedule. Another answer to prayer was that their translation consultant’s son made a full recovery from a high temperature whilst in Amdu.

As they finished up, they were able to have a heart-to-heart talk with two of the helpers who had only attended a part of the foundational Bible teaching from Creation to Christ last year. They were excited about how clear the story from Acts was in their own language. Time was spent sharing the Gospel with them and pointing to the many episodes in the first twelve chapters of Acts, they had just heard, that declare that Jesus is the only way to be right with God.

Not many weeks from now the translation consultant will be back in Amdu with his family to help Bart check the first chapters of the book of Romans. They are so thankful for the consultant’s experience and the many people who support him so that he can assist them and the Amdu people. Pray for him as he helps many missionary teams around the country. His ministry is invaluable.

While the pressure has certainly been lifted from Missy’s shoulders since the check finished, her workload has not really decreased much. When all the final little details to the Acts portions that were checked have been made, she is going to begin to translate the book of Ephesians. Please pray for Missy in this as the jump from an historic book to an epistle poses many challenges. Pray that the Lord would give Missy wisdom and stamina as she takes on this new project.

Thank you for being prayer partners that allow Benjamin, Missy, Bart and Emily to proclaim Jesus among the Amdu, “the only name under heaven by which men can be saved!” Acts 4:12