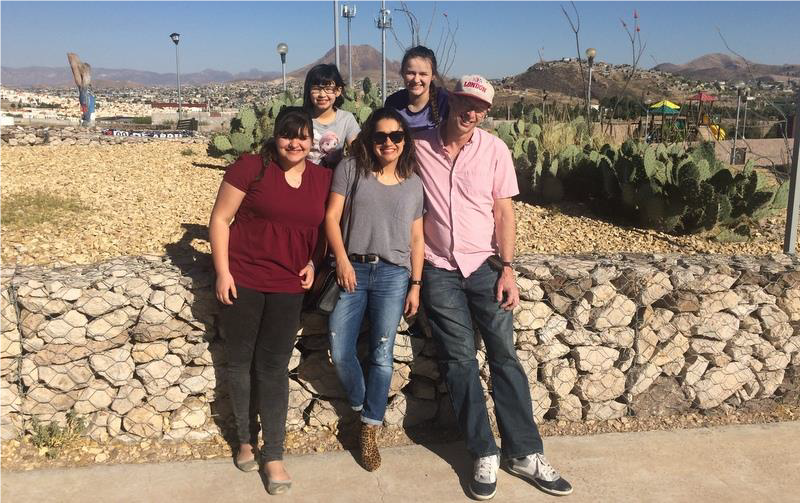 Stephen, Helena, Ashley, Amy, and Grace Brown are thankful for your vital part of the ministry at the Bible and missionary training centre in Colombia, especially as last term was a long hard term.

There were many problems to deal with and many challenges. These have made Stephen and Helena ever more conscious of their inability for the task of training cross-cultural church planters but God continues to work.

One couple are helping a church in the USA for several months before returning to work with their local church in Bogotá in preparation to go to Africa.

Another couple are working with their church in Bogotá, and raising support to reach a tribe in Colombia.

A single lady will be learning to teach Spanish to the new missionaries while she gathers her support team.

A single guy will be getting married in April and would like to work with his wife in Africa.

Another lady with her daughter is working with a church in Medellin, Colombia, building her support team, before heading to Africa.

A couple plan on working with missionary aviation.

Another single lady returned to Peru to work with her church in preparation for going to Africa.

A couple are helping with a Spanish church ministry in North Carolina.

One single guy plans on going to Brazil in March, learning Portuguese, and finishing his missionary training.

Another man is working with his church and would like to finish his training in the near future.

A lady is doing a nursing degree, so that she can better serve in transcultural church planting.

In addition, a guy is working with his church and would like to return to finish his training next year.

They have just finished the week of orientation for the new term. The students were touched by the challenging messages from the visiting missionaries. There are fourteen new students in the first term, fourteen in the third term, and sixteen in the seventh term. Thank you for praying for new students! Towards the end of January, it looked like they would not have that many; yet the Lord brought ten ladies and four men to begin the course.

Pray for wisdom and love for Stephen and Helena. That that might live according to the Word and show the grace of God to all.

Praise the Lord that last year some children and a couple of the mothers, whose children attend a weekly Bible club that the students hold, were saved! Other students baptised one of their disciples. Pray that the Lord would use the outreaches of staff and students to bring many to Him.

Pray for Stephen and Helena that they might have wisdom in raising their daughters. Last year, Ashley was able to accompany the second year students on their mission’s trip. They spent a week in the Amazon, visiting missionaries who work with the Tikuna people.  Ashley said, “I didn’t want to leave. When I learned that there were 900 Tikuna families in the village, I was challenged anew with the need for missions.” Pray that their girls would continue to grow in their love for others and in seeing them come to Jesus.

Stephen and Helena are also very thankful to get their vehicle repaired; it had become unreliable and compromised their safety when travelling.