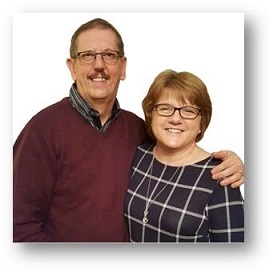 A couple of weeks ago Paul and Marina Briggs were thrilled to receive news that the Lord has begun a work among the Loron people north of Ivory Coast. From what they can ascertain, Loron folk in four different locations in that area of West Africa have trusted Christ, and are worshipping together. Paul and Marina are exploring ways to encourage them, and their hearts are so thankful for this positive response to the Gospel in this previously barren region.

Another venture of faith that they have embarked upon is an online ministry to Loron folks who live in other parts of Ivory Coast, and further afield.

Thousands of Loron people have moved away from northern Ivory Coast for work or study, and many are active on social media. In fact, Paul and Marina recently discovered and joined a Loron Facebook group with 1,800 members!

They have created new Facebook, YouTube and podcast pages, and are regularly posting Loron Scripture verses, short Bible teaching video clips in Loron, podcasts on Spotify of the chronological evangelism lessons, and links to the Loron Scripture app.

They have already made dozens of new Loron contacts. Please be praying with them that the Lord will use these new methods to draw many more Loron people to Himself.

In early June, three members of the Loron Bible translation team will be travelling further north to get four more New Testament books in Loron checked by a translation consultant. Please pray for them as they travel and participate in the check.

Thank you for your interest in, and prayers for the work in West Africa. Despite all the restrictions with Covid, the Lord is building His church, and Paul and Marina feel privileged to be involved in the greatest thing that is happening in the world today.

They are still hoping to be able to visit Ivory Coast this summer. Please be praying for open doors for travel and ministry.