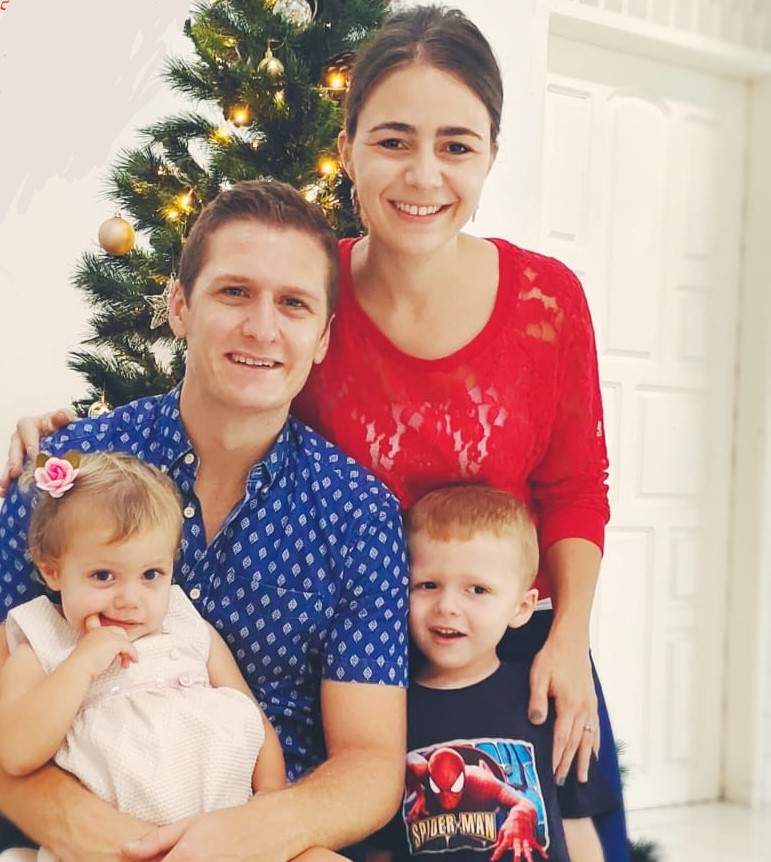 December and January have been busy months for Andrew, Joanna and family with lots of Christmas activities and visits… They have been thankful to see how God encouraged them through meeting many people.

Joanna met a lady at one of the events and they have been able to meet up a couple times together with their children. The lady’s husband has been involved in Bible translation in Asia-Pacific for many years. The translation team are looking forward to the New Testament being finished in March. It will then be given to a remote people group that live only about three hours from where Andrew and Joanna live.

The New Year began with Andrew´s trip to a nearby tribal group. While Joanna and the kids enjoyed the company of the American family who stay with them about every three-months, Andrew and the husband of the family spent some days in the tribe to get some work done at their house.

Upon the men’s return, Andrew and Joanna had their third language evaluation with a language consultant. They were both put on level 6. To be able to leave full-time language study they will have to get to level 9. The consultant was very encouraging and gave them some helpful tips on how to continue in the next few months.

Studying language and culture is a daily task. It involves a lot of office work, in-person sessions and trips to different cultural activities. Andrew even had the chance to join his friend at a “compost-making” class.

While their church was closed during the Christmas holidays, as a family, they got the chance to visit a much bigger church. Just recently, Sunday school opened again. The kids enjoyed going to it and they even met some of the children that go to the nursery their son attends. While they would like to stay committed to their small church, occasionally joining the services in the other church gives greater opportunity to get to know more people.

Their house helpers continue to be a real blessing. One of them is expecting another baby so they will be sad to see her return to her village shortly before the baby is born.

* For a good and healthy start into the New Year.

* For new and exciting friendships that they continue to form with local people.

Bible in their language yet.

*For a lovely American-British family from another organisation that recently stayed in their little guesthouse apartment.

* For continued language study and better grasp of spiritual vocabulary.

* For Andrew, and two national believers as they are hoping to start a Bible study for the boys from the dorm. (Topic: Christian character)

* In March/April time they are hoping to be visited by a co-worker. This visit may involve them taking a trip to a tribe and attending a conference. Please pray regarding these plans. Also, for possible talks about future/long- term ministry opportunities.