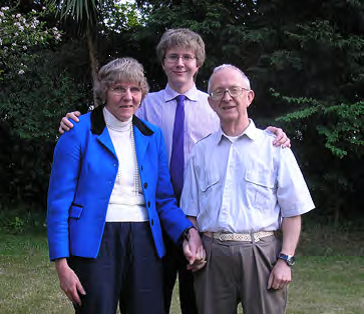 At present Anna is somewhat under medicated – so she still often needs help to get around etc. But at least she is not over-reacting! Her sciatic pain has disappeared, for which they thank the Lord, but this has been “replaced” by similar types of pain in the right arm instead. This is caused by a pinched nerve in the shoulder. She is receiving physio for this. Palma, Anna’s cousin, has been a real help for the past month while Ildiko (Anna’s usual carer) is home on holiday. They have had a lot of fun together.
Recently Dubby and Anna made a long trip – almost to London and back by train – for the Thanksgiving service for the life of Molly Burnham, a dear fellow missionary who went Home recently. Dubby was privileged to make a tribute at the church, representing the many missionaries and Africans who were blessed by Molly.
The foundations of the house Dubby and Anna were hoping to buy have been found to be very slowly decomposing, but it is not expected to fall down for decades! – They are now faced with the huge question whether or not they should go for it – even if offered at a knockdown price. Functionally it is by far one of the most suitable they have seen; they really need the Lord’s wisdom as to what they should do.
Dubby and Anna‘s son Charlton, is expecting to go to University in September to study computer science.