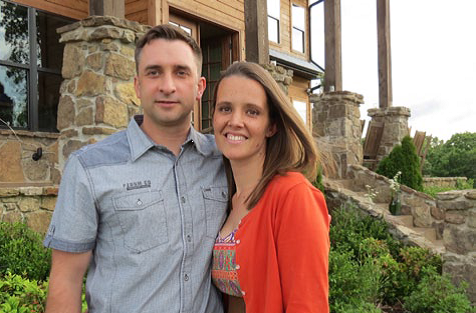 Over Christmas and New Year, Simon and Annika had a good break from their ministry at North Cotes. This was the first time in four years that they were able to celebrate Christmas in their own (temporary) home. They had Annika’s parents with them for Christmas (Sonni and Julie) as they are also missionaries with NTM teaching at the college. Simon’s parents also visited for six days over New Year and it was great for Simon and Annika and the kids to see them and do some fun things together.
The past term at NCC was busy but Simon enjoyed teaching God’s Word to missionaries in training. Simon taught the Doctrine of God, the Holy Spirit and Hermeneutics. Simon and Annika also have the joy of looking after seven students from the Biblical studies course; they meet with them every Monday night in their house and talk together, debate, discuss God’s Word, play games and eat lots of good food. Simon and Annika love being involved in students’ lives and to see them grow. Both Simon and Annika are learning and growing where God has them just now.
Simon has just finished teaching Epistle survey and will also be teaching most of Romans (ch4-11) later this term. Please pray as he prepares for teaching Romans as it is a critical book for understanding salvation and the Christian walk.
Pray for Annika as she helps Simon marking tests, does admin and takes care of the kids and home. Particularly pray for her as she looks after the kids and pray that they will both train them to be men and women of God. Annika also administrates the website and Facebook pages for NCC.
At the beginning of the year Nya their eldest daughter had been struggling academically but with a little extra help she has bounced back and is doing great and enjoying school! Noah is a bundle of energy; from the time he wakes up until he goes to sleep he is on the go! Karis keeps them all laughing. She goes to nursery Monday – Friday at NCC and is learning colours, numbers, etc. Judah is now nearly eight months old and is growing like a weed. He is a real joy and is royally spoiled by his three older siblings!
From February on Simon and Annika will also be taking deputation meetings.
After recent tests the news in general is good regarding Karis’s level of health and Simon and Annika are very thankful to God. Their current ministry at NCC is temporary and they want to make decisions regarding a return to PNG or a new start in Indonesia as long as the doors are open. Please do pray with them. A return to PNG would mean continuing at NCC until Aug 2017. Simon and Annika are trusting God to lead, open and close doors and also confirm these things through their home churches and NTM leadership.