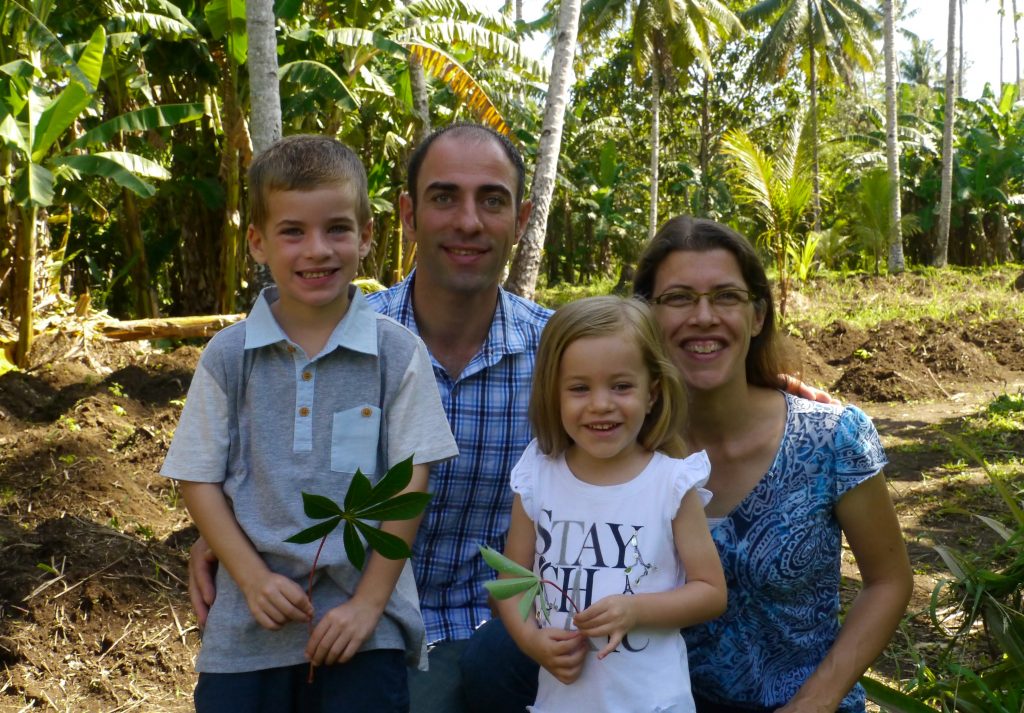 During this time the students in Samuel’s class go on a nine-week practicum. They live among a different people group and start to study their culture and language with the tools that they have been learning. Since Asia-Pacific has a lot of people groups and languages it is not difficult to find a suitable place for the practicum. In January Samuel accompanied the students for two weeks to another island and helped them get settled and started on language study. After three weeks at home Samuel left for another week to check on their progress and how they were doing. At the end of the nine weeks another co-worker went in for evaluations and to pick the students up.
Now that everyone is back Samuel is teaching some intense weeks on Bible translation. After that the students will learn how to do a literacy programme and Samuel’s load will be a bit lighter since others are teaching that module. They are already planning the next graduation at the end of May.
Besides being responsible for the second year missions course students Samuel and Judith are overseeing and helping those families that are finishing their national language and culture study in their region before moving on to a ministry. Right now they have three families that they are trying to help finish well.
In July Samuel and Judith are planning on going on a one year home assignment. They are looking forward to being home and meeting with family and friends again. They are in the process of trying to get a five-year visa before they leave for Germany.
Joel and Hannah are both doing well. They enjoy going to child care every morning. The afternoons are mostly spent outside playing with their friends, riding their bikes, climbing on trees, or picking and eating fruit with the other children. The sandbox on Samuel and Judith’s porch is also a favourite for the younger ones. Joel is now six years old and will start school in August. Please be praying for Joel and Hannah. They hardly have any memories of their passport country so there are many changes and challenges ahead. While thinking about things they could take to Germany Hannah said, “I want to take my friends!”
Samuel and Judith are thankful for prayer support.