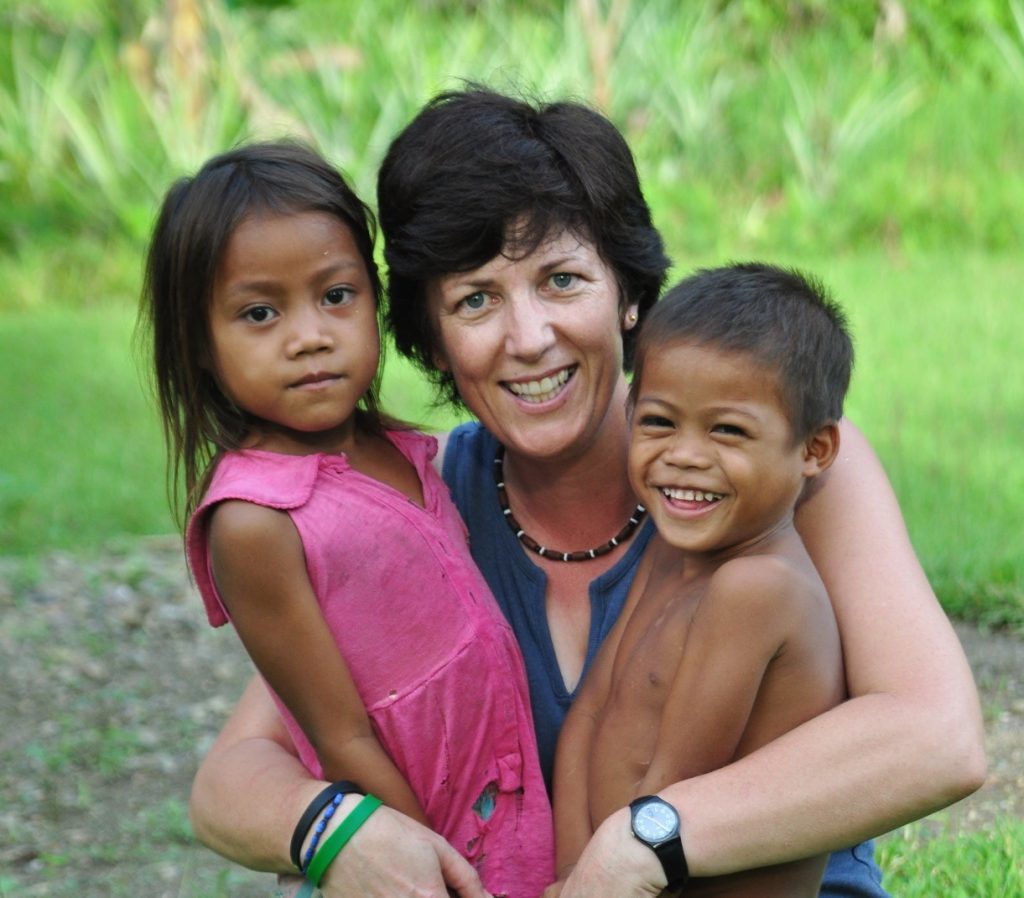 Elise says “It’s just great to see the enthusiasm of these young folk, all seeking where God would have them serve Him in telling people about Christ who haven’t heard of Him before.”
Elise loves being at North Cotes; she has been teaching four hours a day and had many conversations with students as they ask about life on the mission field and talk about things going on in their lives.
Back in the Philippines where Elise normally serves, believers have been joining together for fellowship, and the young ones are still faithfully taking the Word out to the surrounding villages (all on top of their school studies, working in the kitchen garden, and cooking for themselves day by day).
The school choir had to travel several hours last week to sing at a gathering of churches a little farther north, which have prayed for the work for many years. With the cost of hiring a jeep to travel there being beyond their means, they piled onto the motley collection of motorbikes and the faithful Honda motorbike with side-car, bought a couple of years ago by Elise’s home church in Australia. The sun was shining in the eyes of one of the motorbike drivers and he lost control of the bike on which he was carrying his sister and his cousin. They suffered minor injuries, and since the accident happened close to a military base, the soldiers gave them first aid.
When Elise called to see how they were, the driver apologised that the helmet he borrowed from her was scratched! Needless to say, Elise said, “I don’t care about the helmet! I’m just thankful that you are all ok!”
The kids are now praying for a school jeep for all the travelling they do to outreaches, for school outings and the choir ministry!
Pray for the family of an old friend of Elise, Australian missionary, Toni Stuart (nee Nieman). Toni and Elise were in language school together in Manila back in 2001, both of them single at the time. She was a bundle of fun, and well loved by Becky and by all the kids at the little church they attended back then. Toni served in the Philippines for some years and then joined her new husband in ministry in PNG.
Last week Toni was taken Home by the Lord, less than two weeks after being diagnosed with an inoperable brain tumour, leaving behind her husband Jason and children Ella Jo (eight years old) and Jedidiah(six years old). Pray that they may know the comfort only Christ can give as they mourn her passing and celebrate her life.