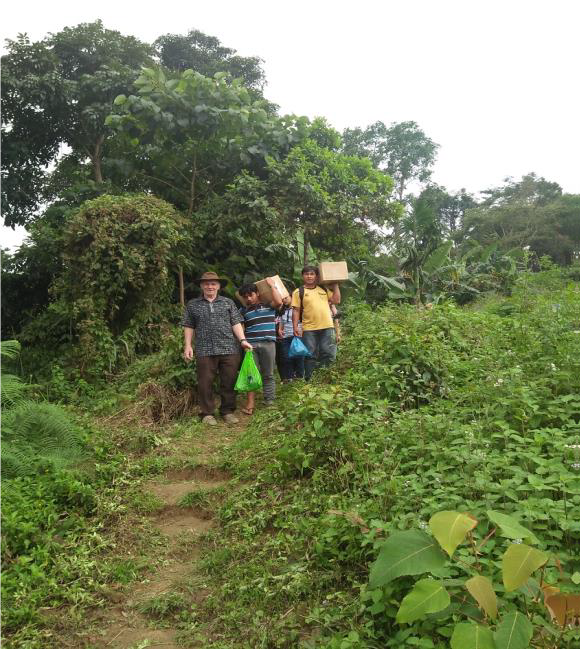 Ragnar and Elizabeth  are thankful for their recent visit to a Kankana-ey village where two of their our co-workers live.

After a four hour drive and taking their truck as far as possible, they were met at the bottom of the
hill by several believers who guided them up the steep, slippery path and on their arrival were greeted with a hot cup of coffee before the meeting began.

Seeing tears in the eyes of the believers as Ragnar and Elizabeth studied with them the Day of Atonement contrasted with Jesus payment for us on the cross; the Old Testament High Priest compared with the New Testament High Priest, and later hearing testimonies of their understanding of how Christ’s suffering for us replaced the need for all the rituals, made the day very special for them.

After their lunch of rice and ‘ulam’ Ragnar and Elizabeth joined them in several activities. It was absolutely thrilling for them to see them using the ‘new off the press’ Kankanaey Bibles in their Sword drill and seeing them hiding God’s Word in their hearts.

One after another stood to recite Ephesians 2:1-10. One blind man even took his turn – he had memorised it by listening to the audio player! Ragnar and Elizabeth were just thrilled to see God building His church in this small corner of the world.