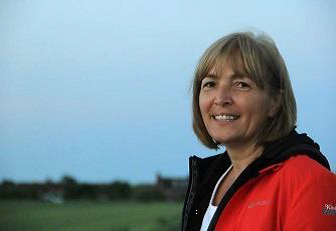 It is hot, especially when the power goes off, which happens several times a week and sometimes three times a day for short periods; then it gets stifling in the house!
Karin’s language helper is full of energy and enthusiasm. She visits Karin three times a week for four to five hours to help her improve her understanding of language, culture, and life in Papua. Two of Karin’s national NTM colleagues live in the other half of the house. As part of their role they fill in piles of papers for NTM missionaries’ visas, work permits and other requirements. One of them is also Karin’s language helper one morning a week.
Many organisations have their headquarters in the area where Karin lives and fly their staff out to more remote areas. NTM depends on missions like MAF, Heli mission, and Wycliffe who serve the region with great dedication. There is a wide variety of churches which were founded by different organisations. Karin attends a Papuan church. The people from this church come from at least five different tribes which is not ideal for learning the national language, but it helps Karin get to know their cultures, their ways of thinking, and their values. Pray for Karin as she studies with her language helpers. Pray that the Lord will lead and confirm the future team that Karin will join. Also pray for wisdom, safety and continued good health.