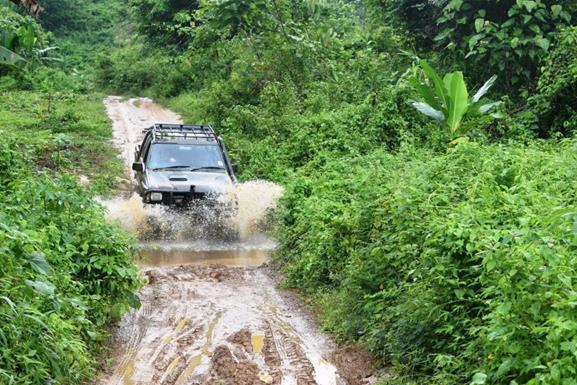 The intensity of the rainy season combined with the ongoing wood clearing have led to devastating flooding in Southeast Asia. This year Stephan and Sandra’s small village was greatly effected. The water in their office was up to one meter and many things were destroyed. Other houses stood more than three meters under water! They are thankful for God’s protection during the storm.

The day the flooding hit they were not at the office and their friends arrived too late to move their things to a safe place. Many of their friends helped with the cleaning! Praise God for them! It was a lot of work!

A local couple’s house was destroyed and cannot be rebuilt. They are staying at the office until they have saved up enough money to build a new house at a safer site.

At one point Stephan and Sandra thought they should move their home to the office instead of renting two places. But now they know that this is not a good plan. Pray that God will give them clarity about where to move. In the meantime they continue teaching Bible lessons in their village. Pray for wisdom as they teach God’s Word. God is opening lots of doors to spread His Good News there. The question is? Should they just stay where they are or is there something else?? Pray for discernment regarding their future.

Stephan and Sandra’s children enjoy spending their free time with friends. Because of the flood the riverbanks are now covered with sand and it feels like being on the beach. Although the water is still murky it is impossible for them to resist the temptation of enjoying a cool and refreshing swim in the late afternoon!

Pray that as a family they would stay healthy.