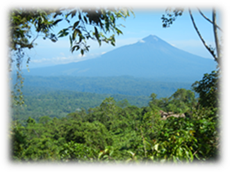 Family life is going well. The kids are enjoying school and life in North Cotes.

Annika has been ill for about eight weeks but this is because she is pregnant! The baby will be due in August.

Continue to pray for strength for Annika as she had hyperemesis (severe nausea) in this pregnancy; she is coming out of it now and getting stronger as the weeks go by.

Simon continues to teach and is in Romans chapter six right now! He counts it a privilege to teach Gods Word. Pray that students would live the truths of walking in new life taught in this chapter. Living unto God is possible because Christ not only made justification possible but because believers are identified with Christ and that on the cross He dealt with the sin nature and its power over us.

Pray for Simon and Annika as they teach and disciple the students, that a walk with God would be their fuel! Please pray for Simon as he will be sharing at a conference in Northern Ireland from the 10th – 12th March. Pray the Lord would use him to challenge the folks about missions and that he would have good chats with those attending.

Early in January, Simon and Annika got a report from one of the Mengen missionaries from Papua New Guinea, that there is now a third Mengen church.
They began teaching the first week of October and taught seven days a week for thirteen weeks straight, culminating in the death, burial and resurrection of Christ on Dec. 25th with 34 clear confessions of faith in the finished work of Christ. These dear folks came from all kinds of empty religious churches who shared that while they had heard the Bible stories, they had no idea what they meant. But no longer – they have been gloriously transformed by the Gospel. Praise the Lord!

When the Mengen missionary’s wife announced the start of literacy, she soon had 50 applicants – all wanting to learn to read and write. You can imagine the dilemma when she told them that she could only take 15 for the first class.

There is a list of 30 more unbelievers in a village an hour’s walk from where the Mengen missionaries are living who want to be taught the first evangelistic lessons. God is at work! Continue to pray for this missionary family as they disciple the new believers, teach literacy and begin another evangelistic Bible teaching (75 lessons).

Please also pray for the other two Mengen churches that God would continue to bless the teaching of God’s Word and the discipleship and equipping ministries. They are all on their own with no missionary on site.