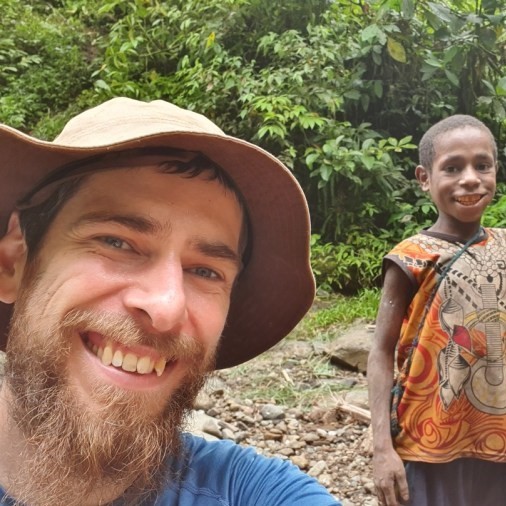 Language learning has its own groove and rhythm. In the beginning it can be overwhelming but it’s not long before the learning process picks up a momentum of its own. It is very easy to assume things and miss details if you do not take the time to stop and watch. Right now Steve and Gerdine Stanley and the team are working on amassing a foundation of hundreds and hundreds of nouns as recognising the items people are talking about in speech helps to track what the conversation is about.

Working on adjectives also leads to gun discoveries. Recently Steve was observing how the people cut grass and asked them about  the knives they use; where they get the grass knives (it’s like a small sword) from, how often do they go to town, which shops do they like and how do they figure out the quality of the knife? He learned that they do not take grass knives to their gardens because they are too fragile – they use machetes and axes instead.

All of this was in Tok Pisin (trade language) as Steve is unable carry on a conversation in Kovol! He added it to the list of things to investigate when his language ability improves!

Steve has also been looking at some verbs. It opened his eyes to the next level of complexity that they will have to master! Kovol verbs change based on who is doing them.

There is a whole lot of difficulty to work through before making any conclusions. Firstly, this all needs to be checked multiple times until they are certain that it is right.

For now, it is enough to learn nouns and just collect the data so that later they can sit down and have a good think about it. Their vocabulary is growing, but there is quite a road ahead to becoming fluent enough to teach God’s Word!