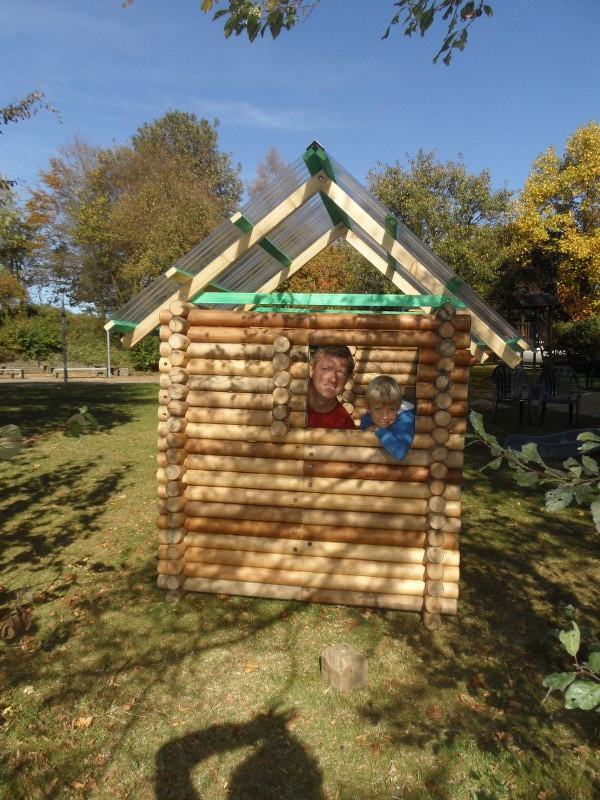 Benjamin and Wina Hansen with Noah spent November and December of 2017 in the USA visiting family, relatives, friends and the dear saints at Keystone Bible Chapel. It was a very special time for them!

Back in Germany their work in the ‘Short-Term Ministries’ department of Ethnos360 Germany has continued: communicating with candidates, preparing people for their various terms of service overseas, and trying to assist those still serving abroad. (Often people go for the school year, September-July.)

At the end of last year in Germany, the mission name changed from NTM to Ethnos360. Wina had a lot of work changing many of the forms and documents to the new name and logo, etc.

A large remodelling project was planned for the mission office building beginning in May. Unfortunately, the authorities have still not issued the construction approval, so the main part of the work has still not begun! There have been various complications. Prayer would be appreciated.

One preparation for the office-remodelling project was that a whole bunch of old table legs (nearly 200!) from under the stairs were removed and stacked for firewood! Ben did not want the wood to go to waste so he and Noah took them for a father/son project! It took several Saturdays and late afternoons but it was a good bonding time, and they are happy with the result.

Noah began his first year of school at the end of this summer! Ben learned that the first day of school is culturally a huge event in Germany! Noah is quite happy in school and has a wonderful teacher.

In September, they enjoyed the yearly “team days” when the Ethnos360 Germany home staff went away for a weekend together. The various meetings were encouraging, and they enjoyed praying together, playing games together, the various team-building exercises, and generally getting to know one another better.

Sadly, Wina fell and hurt both her legs so bad that she could not get up! They were thankful to God that she did not break anything and after a few weeks she was back to normal.

At the end of September, they held the annual “re-entry weekend” for those who had served overseas in the past year in a “short-term” capacity. Fifteen people attended the weekend and although it was a very busy time for Ben and Wina, it was a special time. It was helpful for the short-termers to process some of the things they went through while they were away and things they are going through now that they have come home again.

Thank you for praying.