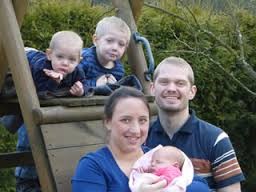 Since Sasch and Charissa are there for only a couple of weeks they will not be able to meet individually with a lot of people, but they will be speaking at two different churches the next two Sundays.

Sasch and Charissa ask you to pray for their co-workers, that they would stay encouraged in the Lord as they continue to serve in the village. Pray for the villagers themselves. Recently the village leader, who in the past had prohibited other people to attend, visited a church service. He has shown interest to visit again but as yet hasn’t attended. The missionary team are encouraged that another person has decided to attend the services and they hope more people will following their example.

Also, pray for the village as the person who claims he owns the land where the village is located frequently makes demands of the villagers or threatens them that he will force them to leave the area. It is causing a lot of strife and it is possible that people will decide that they have had enough and move away, which would be detrimental to the church planting ministry.

On a more personal level, Sasch and Charissa’s son Ruben fell out of a tree a couple of weeks before they left Asia-Pacific and broke his arm. Thankfully, it was a rather simple break and they were able to just put a cast on it to let it heal which has now been removed. They are also happy to announce that they are expecting another baby towards the end of April next year.