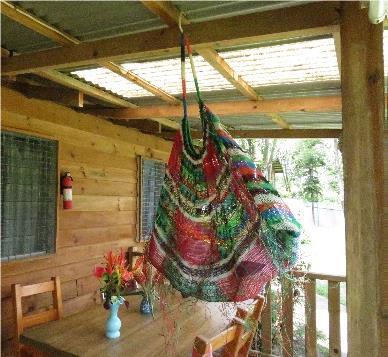 A few days after arriving in PNG, Philip went on a survey with a few other people, including believers from the neighbouring people group. They went in with a helicopter and had to hike over some steep terrain. The villages welcomed them warmly. There is interest among that people group to hear the Gospel in their own language

Steve and Gerdine Stanley, their co-workers, are on home assignment waiting for their baby. Meanwhile Philip is helping in the business office since they are shorthanded at the moment. Philip has to travel to the office so he is trying to fix and maintain an old motorbike in order that he can take it to work instead of trying to rent one of the few mission vehicles each day.

Continue to pray for a third unit for their team.

Louis is adapting to life in PNG. They are often struggling to get him to take his naps. In Germany, they took him everywhere to all our appointments. He seems to sleep best the PNG way – in a ‘bilum’ (a large string bag).

In February, they are planning to go to the USA for a Missions Conference, which they are looking forward to attending. They will visit Philip’s family for two weeks whilst there.