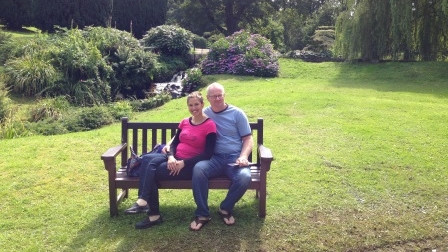 Geoff and Dar Gail travelled to Sheffield to have Dar Gail’s “Right to Remain” visa processed. But the day was quite different to what they expected. Upon their arrival, they were informed that things were running a bit behind and then later they found out the IT system was having problems. By the end of the day they were told that the systems were still running very slowly and that they should go back home; they would keep working on processing their application and call them when it was complete. It was very discouraging, but they knew GOD had a plan and was in control. Praise the Lord on the following Monday Dar Gail’s application was completed and her visa has been granted!
Geoff and Dar Gail will be spending the next two weeks in N. Ireland for meetings to raise awareness of their ministry. Pray that they will have the opportunity to share in whatever way they can, from one to one meetings to Bible studies or church meetings.