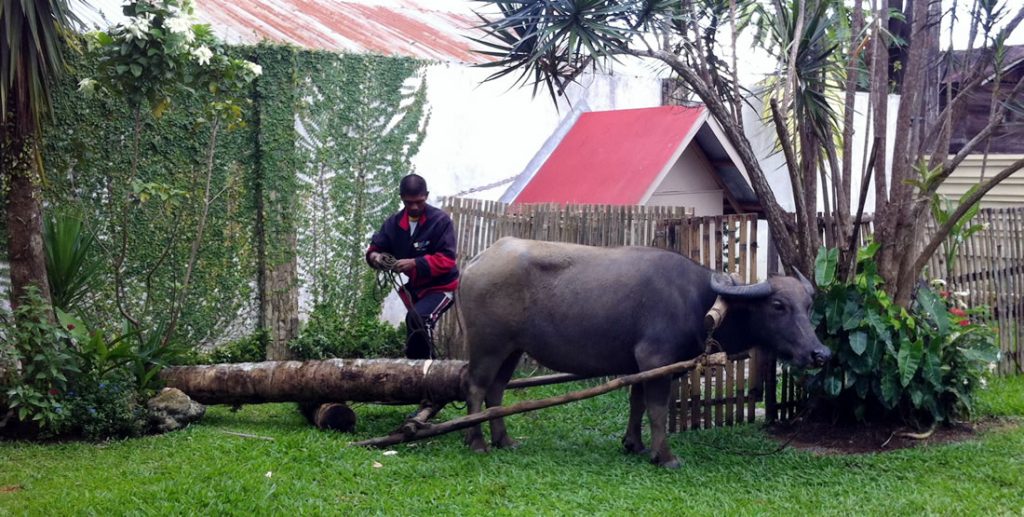 Missionaries invest their lives in something of eternal value—and sometimes it’s fun, too.

Being part of taking the gospel to distant places can really expand your horizons, Missy Davis shares. Her husband, Joel, is an NTM Aviation pilot and the Davises live in a town, while supporting a number of tribal missionaries at various locations through aviation.

Missy says her life as a missionary is full of interesting and sometimes fun perspectives—things she had never even thought of seeing or doing before. Recently, for example, they dried 65 pounds of rice in their driveway and hosted a water buffalo in their front yard.

In their ministry location, the Davises eat a lot of rice. “So we decided,” Missy writes, “to take advantage of the mountain rice harvest in one of our tribal locations and stock up. Mountain rice is our favourite kind of rice. I think we ended up with about 65 pounds. It should last us about a year.”

But she clarifies that there’s some processing involved. Before storing it, the rice must be dried out thoroughly to prevent mold. Most of their neighbours just lay their rice in the street to dry in the sun. The Davises opted to use their driveway instead, spreading it out on a large tarp.

Soon after, three coconut palms in their front yard needed to be cut down. The Davises needed to remove the trees because they produced coconuts faster than they could harvest them.

“You must keep removing them because coconuts do fall, and believe me, you don’t want to be caught under a falling coconut,” Missy explains.

After the coconut trees were cut down, a carabao—or water buffalo—was hired to haul them away. “It was an exciting morning watching these big, heavy tree trunks get dragged out of our yard by this gentle giant,” Missy shares.

Then she adds, “At least I’ve heard they’re gentle. I didn’t get close enough to find out for sure.”

There is much joy for Joel and Missy in being part of the team that brings the Good News about Jesus to people who have never before heard a clear presentation of God’s message of hope and redemption. And the many new experiences and adventures are a bonus.