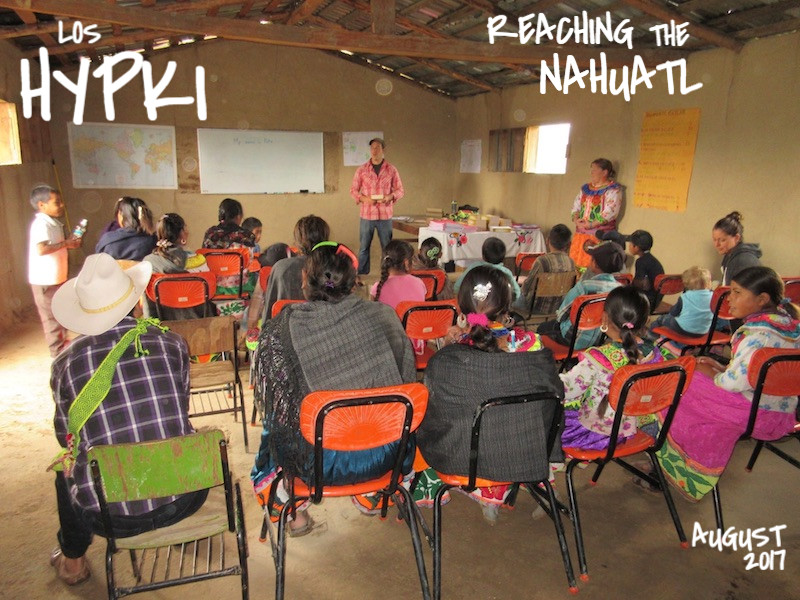 Forty-five minutes after the start time, one man rode up on his horse. He came there for the teaching, but also to take the solar panels off the school building so that they didn’t go missing during the summer break. With no one else in sight, and his own heart doubting if anyone else would come, missionary Pete Hypki headed up on the roof to help. Thinking he might as well get something done, after all.

Then it began. People came. First, the team saw a few people crossing the creek by the ridge, then a couple walking up from the plain south of their homes. As each new person arrived, they greeted them and talked outside the school. Each time Pete was tempted to tell people to head into the school so they could begin teaching, but he could see more people were coming. When they finally went inside, two hours after they were supposed to start, every seat in the building was taken, and Pete’s doubting heart was convicted. God is in charge of this work. And He will build His church His way.

The teaching has begun, and each time the team teach, they have around thirty people. Even after one of the village leaders attending is struck by lightning, and miraculously survives, no one stops coming – a miracle in and of itself. People keep coming, even new people.

These people are hearing God’s Word in their own language for the first time ever. A little girl says it’s the prettiest story she’s ever heard. One man, who became a believer a couple years ago, boldly stood up and said, “I believe this all is true. If you want to know more, come talk to me, and I’ll be happy to share what I’ve learned and now believe.”

The teaching keeps going, and the missionary team keep working, often into the night.

Pray for the birth of the Nahuatl church. This teaching is just the beginning. The missionary team’s hope is not that people come and hear the story of God, but that they believe it and trust Christ for their salvation, celebrate their new identity as a community of believers, and reach out to share the message of hope and grace to their family, neighbours, and surrounding villages, for His glory.