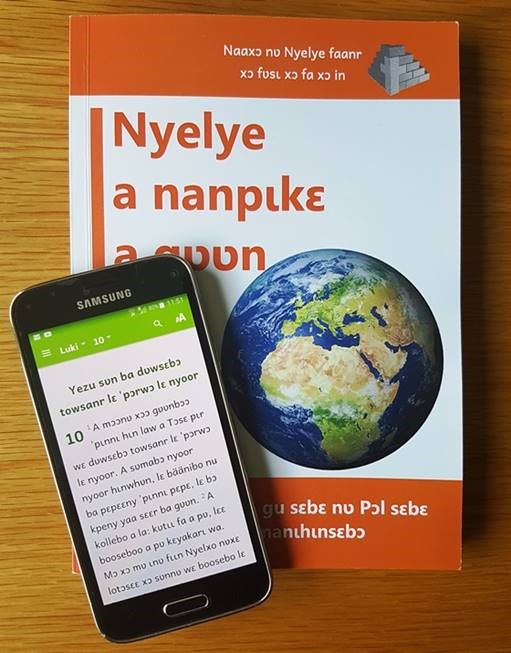 Paul and Marina Briggs had an encouraging couple of months in their village in Ivory Coast. They have now returned to Northern Ireland.

Since returning home, they have worked on making the final adjustments to the new commentary on the book of Romans in the Loron language. It is called Nyelye a Nanpɩkɛ a gʋʋn – The Righteousness of God, and they trust it will help the Loron Bible teachers and believers in the various churches to better understand, appreciate and enjoy this very important epistle. One of the main Loron Bible teachers, and Paul, started working on it last summer. The final draft has now been sent to the printers.

Paul and Marina were not able to hold the workshop on the book of Romans in February, as planned, so it was postponed until later in the year. During February, the villagers were very occupied with gathering an early cashew nut harvest, and there were several other village and church activities taking place, so things just didn’t work out to have the workshop.

Cashew nuts have become the main cash crop in the region, and the Loron believers have been using the proceeds to send their children to school, buy medicine and build more permanent housing. They have also increased their giving towards the Loron Bible translation project. Over the past year, they raised around £1,400 for the translation, which is an amazing achievement.

More Scripture has been loaded onto the Loron Bible app for mobile phones and tablets. Paul and Marina are thrilled to see how enthusiastic the Loron believers are to have more and more of the God’s Word in their language.

They plan to return to West Africa in May.