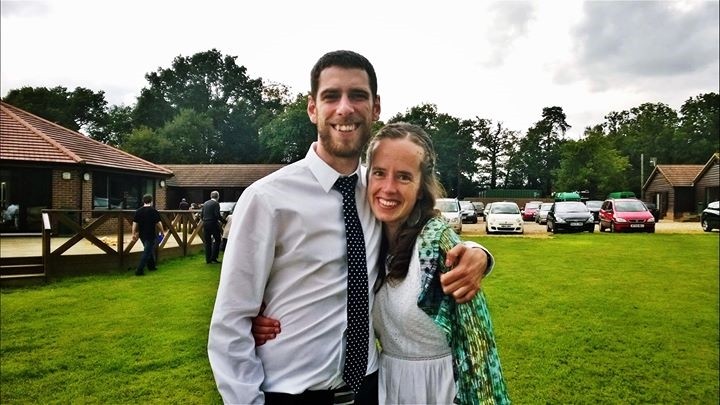 At the beginning of May, Steve and Gerdine spent a Saturday with NTM-Netherlands. In the morning they attended the biannual prayer breakfast. A small group of faithful brothers and sisters gathered to pray for Dutch NTM missionaries. Through Skype they got up-to-date prayer requests from missionaries on the field and Steve and Gerdine had the opportunity to share and ask for prayer. It was a very encouraging morning. Steve and Nanne Groot then put together an afternoon for young people to learn more about missions. It was a small group but of very worthwhile!
Steve recently finished with the Dutch lessons for international students. Steve and Gerdine are now trying to think of ways to continue to be a help to the students over the next two months. It’s been great for Steve and Gerdine to be able to pass on a bit of their training in learning languages and the students said it was helpful. Hopefully the curriculum Steve wrote will be used in the future for new students as well.
Steve and Gerdine both handed in their notices at work. Gerdine will stop as a carer at the end of June and Steve will stop as a cleaner from the end of July. They’re grateful for the jobs they’ve had which have been a real provision from the Lord.
Steve and Gerdine feel very grateful and blessed that a couple from their church in Eindhoven want to be part of their home front committee. The committee want to help the church to be more informed about missions and to keep people updated on how Steve and Gerdine are doing. This couple have been a great help too, in practical and spiritual ways. It is such an encouragement to Steve and Gerdine that people want to be involved in the work and that God is putting a team together to work with them. Pray for the work of IFES in Eindhoven, for opportunities to connect the international students with local Christians.
Recently Steve and Gerdine were able to give a presentation about missions and what they will be doing in PNG to an international church in the area. They are thankful for this opportunity to share the need of missions. The pastor of the church was very excited, since he has been to PNG.
Almost every day now Steve and Gerdine are asked ‘how are you getting on with your preparations for PNG?’ Well, a lot is done already, but there are things they can’t do yet like get their visa. Right now they’re waiting. Mentally though, Gerdine is having to come to terms with the reality of leaving her home and family. Gerdine needs to decide what they should sell and what they will store. She is trying to make the most of the time she has to be with the people who are important to her.
On the 6th of August, Steve and Gerdine will arrive in the UK. They’re hoping to spend a couple of weeks in Bracknell with friends and family before heading up to North Cotes again in September, where they will work on the staff team whilst they sort out their UK paperwork.