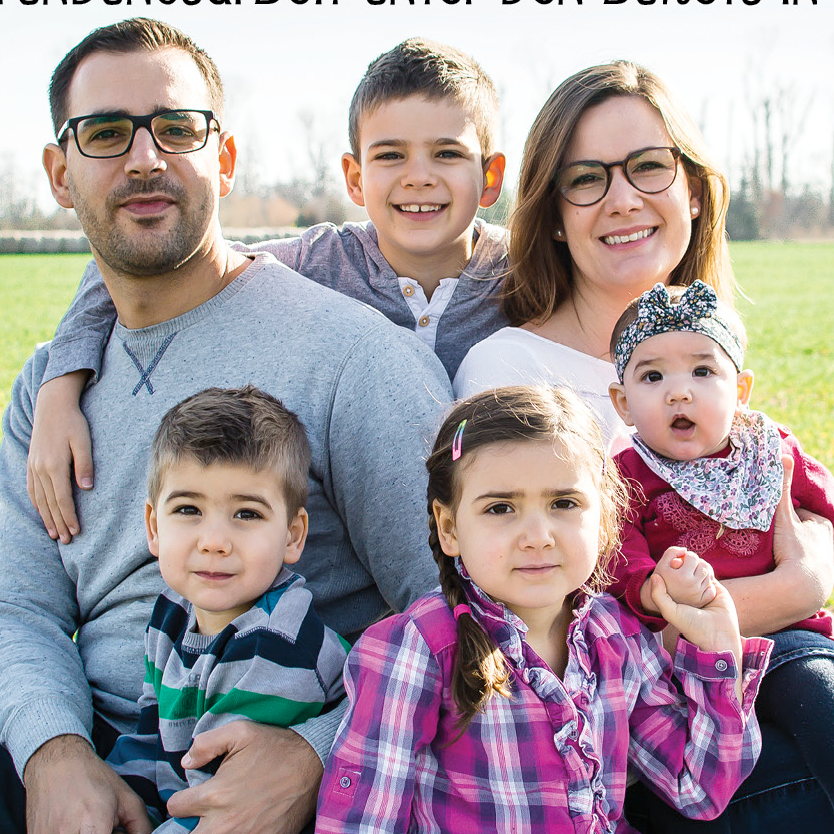 In the middle of this crisis, which has caused so many changes around them, God’s unchangeable Word is an anchor for Tony and Lina Keller with Levin, Chloé, Lias and Nora. “Therefore do not be anxious about tomorrow…” Mt. 6:31.

Sometimes they feel like they are constantly living Plan B, especially when it comes to their life in Asia-Pacific.

Plan A was to fly to Asia-Pacific in February. This did not work out because they decided it would be better if Tony would fly first, in order to finish the house, and the rest of the family would join him afterwards. Their new ‘Plan A’ was to fly in March, after Tony completed the house. This did not work out either. After several attempts to fly ‘Plan B’ worked out and they all flew to Asia-Pacific together towards mid-March.

The two weeks of quarantine worked better than they thought it would. Although as a family they only had two rooms (plus a room for schooling the children and storing luggage), thankfully, the children were often able to go in the garden. They are now back in the village. Moving all of their things meant taking the boat back and forth a couple times.

Due to the situation right now, their building team was not able to visit in April nor even in the summertime. They wanted to build their kitchen and put up their solar system. They are planning to use the generator, in order to have electricity for one-to-two hours in the evening. It would be great if they had a kitchen and electricity by September because then their first home school tutors will arrive, a couple from Germany. They are so excited about spending time together! Nevertheless, it would be tremendously helpful for them to have a fridge and electricity.

Please pray for their team, one families fourth child was born this month. Pray for progress in regards to their language and culture studies, and for their children. Their other co-worker who has now been in the village for ten weeks pray for her language and culture studies. Her building team will not be able to visit either; they wanted to put up her solar system too.

Please pray for wisdom and patience in this time of uncertainty and changed plans.

May you be hopeful and not anxious!