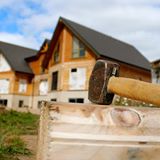 There were a good number of incredible volunteers helping out and a lot was accomplished each day. They were racing against time, but God has been very gracious. All hearts were overflowing with thankfulness to Him when the children arrived for the very first camp. The Camp Centre can accommodate up to 64 children plus leaders. At the first camp, they had over 50 children between 8-12 years. After that, a camp was held for 12-17 year olds, and in October a second camp for the younger age group was fully booked. Most of the children who came to the camps camp staff knew already through the work in the local schools and at church. The main reason for holding the camps is to share the good news of the Bible with these children. Many of the children who came along were from families and homes where parents do not believe in the Bible. It was touching to see the kids listening intently to the Bible stories, see them memorise the Bible verses and hear them sing the songs with great enthusiasm, etc. Praise God for those who put their trust in the Lord Jesus and started a life of faith in Him. Praise Him for those who were inspired to really live their life with Him and for Him, and praise Him for those who for the very first time have been exposed to truths they have never heard before.
In September, Anne went home to visit family, friends and church. Her stay there was prolonged since she had to undergo surgery in hospital and was not able to travel back to the UK for a while. But even in that unexpected situation God has shown his great mercy. Everything went well and she is now back and involved in ministries again.
Due to being in Germany for so long, Anne missed the big “Opening Days” at Pine Lake; 500 – 600 people came to the opening day for churches and supporters. It’s thrilling to know that God has given so many people a heart for the work.
The camp centre is not only used for camps but for other outreaches and evangelistic meetings too.
Pray for the plans and preparations for the next camps, the right people to come along and help (esp. a full time cook), good team relationships and for Anne’s personal walk with the Lord and spiritual growth.