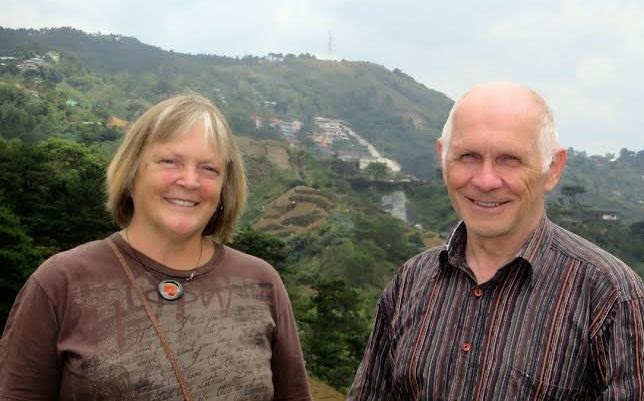 Ragnar and Elizabeth Niclasen appreciate you praying for their ministry with the Kankanaey. Excitement abounded when the day came to begin working on the lessons for Phase III – the beginning of the church. Thankfulness beyond measure filled their hearts as God guided each step of the way to this point.

The two Kankanayey language helpers were there bright and early to begin this new Phase. One of the translation consultants was able to be there the first couple of days when beginning the new lessons. Not only was he a huge encouragement to Ragnar, he was also a big help in reassuring the two Kankanaey men how well they were doing, and that they are so right for this job.

Then to top it off, they have folks like you backing them up in prayer! What great team work!

Ragnar has been studying the book of Acts for quite some time. In fact, one of their friends mentioned that the lessons should go smoothly since Ragnar has the book of Acts memorised. Well, not quite, but having read it over repeatedly, in various versions, and different languages – English, Faroese and Kankanaey, he sure is very familiar with it.

They are thankful that the rough draft is now finished and they have printed a few copies. Over the next few months, the two Kankanaey language helpers along with Ragnar, will be going over the lessons looking for ways to improve them so that they are very clear, well understood and easy for the believers to teach. Thank you for praying for them as they move on to the next step.

N.B. You may have seen the word Kankanaey spelt with a hyphen i.e. Kankana-ey but the linguists have decided to remove it.