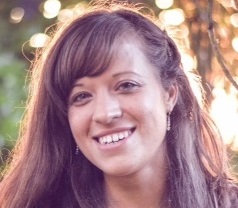 Olga had to get used to the people, environment and language. All of this was very interesting and great but Olga admits that there were times of tears too. Pray for Olga’s culture and language study.

During the first weeks, Olga’s co-workers invited her for dinner, and so she did not need to cook for herself. Those were great opportunities for Olga to get to know them. Pray for Olga’s co-workers; some of them are not feeling well

Even on her first day, Olga was able to view an apartment, but it was a little bit too small for two people.  Last week Olga was able to find a great apartment and has already moved in with her roommate Candace who is from the USA.

Olga has experiences travelling by bus and taxi.  She says, “Going by bus you have to imagine that there are no bus stations. You go to the main street and wait until the bus, that you want to take, is coming (for that you have to look for the bus number). Via a hand signal you show that you want to take the bus. The bus stops, you jump in and pay inside. If you have to get out, you just pull a string which has a bell and the bus driver stops for you to jump out and then the bus is driven on. I can tell you it’s a really nice adventure!”

Pray that Olga can establish good relationships with her host church and host family. Olga is very thankful for her host church which feels like a big family because the church doesn’t have many members.  Olga’s host mum was very happy about the fact that Olga is the same height as her, but Olga thinks she is just a little bit taller than her hostess. Olga has already attended the youth group and the Sunday services and felt completely comfortable. Of course she doesn´t understand a lot from the preaching, but she understands the references, so she can read the Bible verses to get an idea about what is preached.

At the moment Olga’s language study is mainly listening and observing so she can hear the sounds and melody of the language so she won’t use wrong pronunciation.