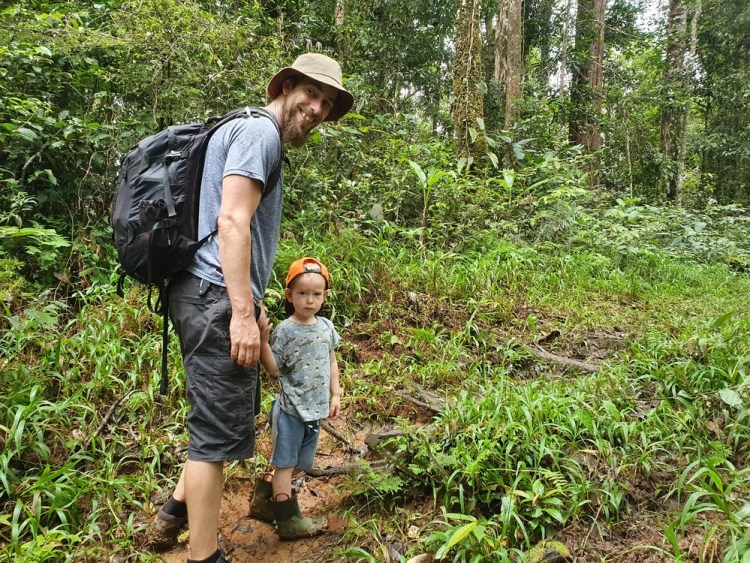 On returning to Kovol Steve and Gerdine Stanley gave themselves two weeks of settling-in time. Time when they would not stress too much about getting language-learning time in, and time to help their family transition into bush life. Things were going so well though that after three days of organising and cleaning and their kids were doing really well, Steve could not resist the urge to throw himself into language learning, earlier than planned aiming for half a week. Monday went so well though that Tuesday and Wednesday turned into full days as well; but then he remembered: one day of language learning is easy but five is HARD.

The general feeling they have is very positive. Steve and Gerdine love language learning. They are enjoying sitting with their friends. They have been encouraged because now they are at home in Kovol a lot of their language ability has returned. They are certainly rusty; but are still able to use the Kovol language to freely compose new phrases.

Another positive is that Alice and Millie are allowing themselves to be handled by their Kovol friends, which helps a lot. Kovol culture is geared towards childcare. If they place them on the grass they get a lot of attention and eventually end up being picked up and carried around to be shown different things.

Their co-workers Philip and Natalie have raced ahead and are having full-blown conversations with people, which makes Steve and Gerdine excited to reach that stage too. Co-workers Rhett and Stacie are at the same stage as Steve and Gerdine.

With all this encouragement Steve just kept going. Language learning tiring. They are still working on finding the right tempo. Looking at the calendar, they are thinking they might spend the next six months in Kovol before heading out for a break, so it is important to find the right speed to run at. They are encouraged to see that Philip and Natalie have managed it. The first year in Kovol was intense, but it seems things have relaxed a little bit since then. This is good news for their energy levels!