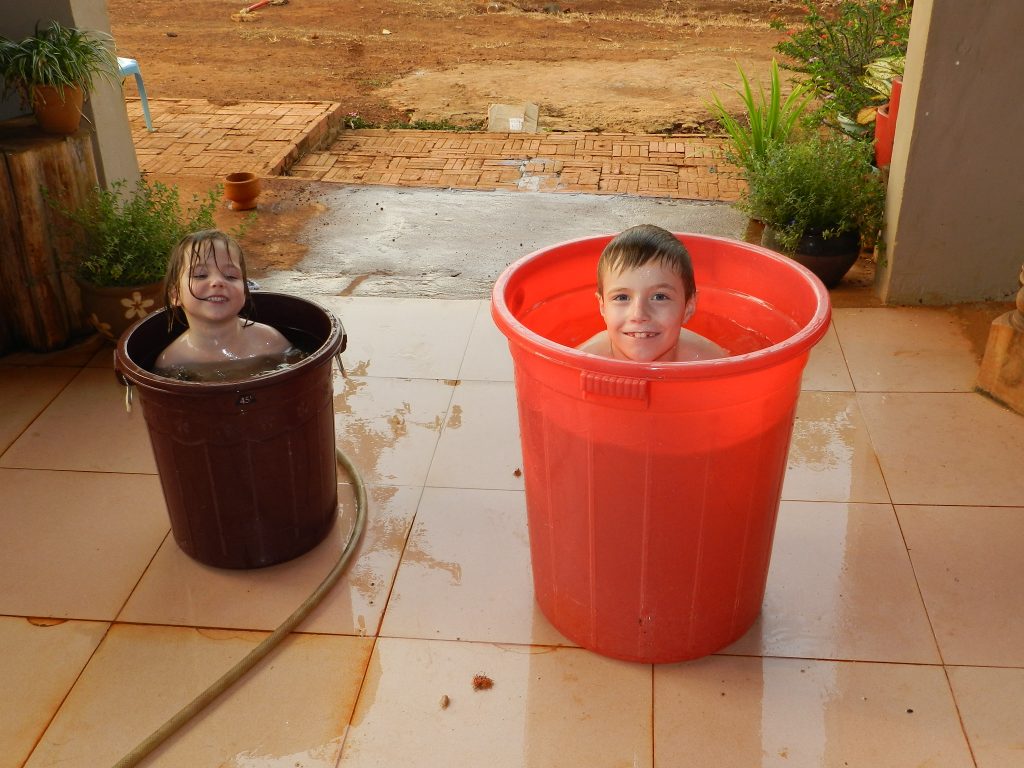 They had brought some meat from the capital city in a cool box. But because of the key issue, you can imagine how this box smelled. First lessons learned. The other smaller cool box contained their Rabies jabs. They were much more careful with them. They arrived in perfect condition. Mirjam tried to find a qualified nurse to give them their first booster jab, but because she didn’t find one, Mirjam volunteered to go first just to see how skilful Maarten would be. After that all the children got their jab, even their screaming little Vera.
The first night, when darkness fell, the whole house came alive; from every corner appeared strange creatures with even more strange noises. They sat for hours just looking and listening. In Vera’s room was a huge spider which Mirjam felt necessary to kill immediately. But Maarten’s attempt resulted in the spider getting away through the planks in the floor. The spider almost fell on his head, which resulted in some screaming.
Maarten and Mirjam both felt God’s rest and this made them more confident that with God everything is possible. They entrust their lives to Him especially now that they are out of their comfort zone.
The girls that work for the American family who normally live in the house are really nice. One of them even prepares their lunch meals. For the first meal, she was cutting at least 30 cloves of garlic….so after the meal they just stayed at home for a little while, just to be sure their bodies could handle it before getting on the road. In the evening when Mirjam walked out of the kitchen barefoot, she stepped on something crispy…..it happened to be a cockroach!
They live on the first floor. Under the house they can park the car. The classroom is there too. The children like to cool down in giant buckets of cold water, but they have to be careful not to drink the water, otherwise they could get seriously ill. Also at the house is a cute but big dog called Roman that barks at every movement in front of their gate. It gives them a sense of being safe. Every day when the two girls open the gate to go home, the dog takes a run and disappears for a few hours. All the rest of the dogs in the neighbourhood are upset by his visit