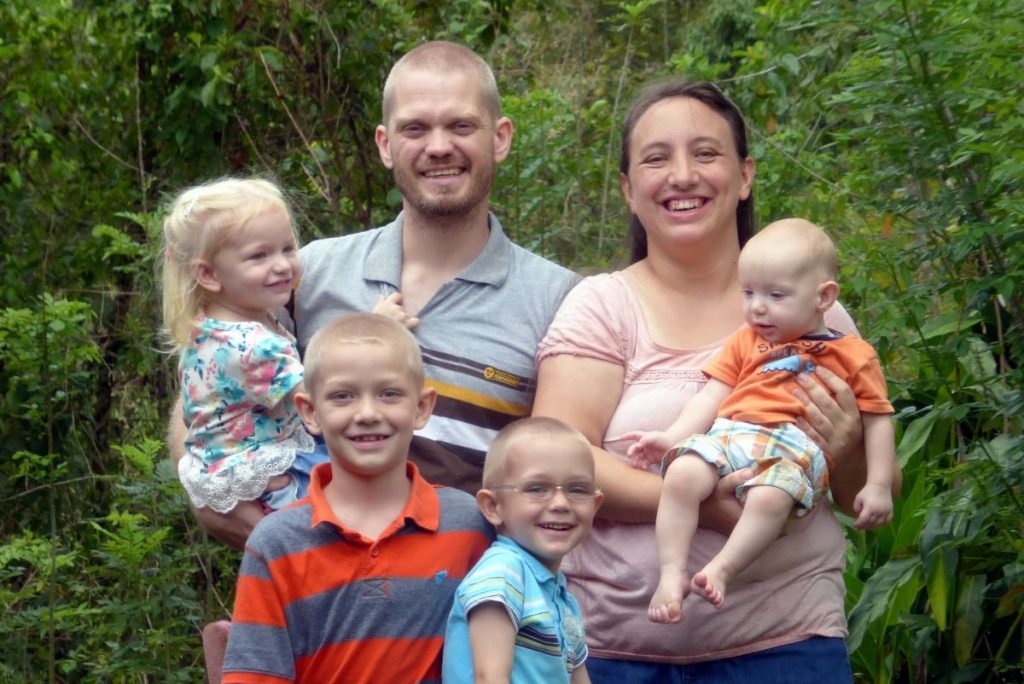 Sasch and Charissa Schwendich with Ruben, Judah, Hosanna and Zadok, serve in Asia-Pacific among the Buru people. Despite the many disruptions and interruptions in the last year Sasch and Charissa had another language and cultural evaluation, and, Sasch has made great progress. Out of twelve possible levels, he needs to reach at least nine, before beginning full time ministry, and he is now at seven!

Sasch and Charissa praise God that people continue to be open to the Gospel. They have continued to teach one-to-one and in small groups. Some have finished listening to the creation to Christ teaching and some of those have made a clear profession of faith and have been baptised. Others are still in the process of listening and more have not had the opportunity to start yet. Recently some of the believers have shared the workload by helping teach which will enable teaching to continue while various members of the missionary team are on home assignment during the coming year.  It is a wonderful opportunity for them to practice reaching out and begin discipling others and the team are thankful for their growth and willingness to do so!  Please pray for all involved and especially for the village leader who has been listening intently after experiencing being struck by lightning.

Family life continues as busy as ever. They now have two children in school. Ruben is more than halfway through third grade. He is Charissa’s biggest helper. He has become good friends with several of the village boys, so their house is often very busy in the afternoon! Judah is officially a pre-schooler. After a long bout of illness in March he is healthier than he has been in a long time and making good progress with physical development and speech. Outside of school time he and Hosanna are their ‘twins’, and spend all day together. Hosanna is three years old and starting to grow up. Zadok is already a year old! He is their comedian and keeps them all laughing.

In a couple of months, it will be time for their next home assignment! They will be in the USA for Charissa’s sister’s wedding in August and then head over to Germany for a little over two months.  At the end of October, they will return to the USA and stay until the end of April.

God has already provided a vehicle for their time in Germany, but they are still in need of housing there and in the USA as well as a vehicle for that time. Please pray with them to find a place in the area near to family and church.